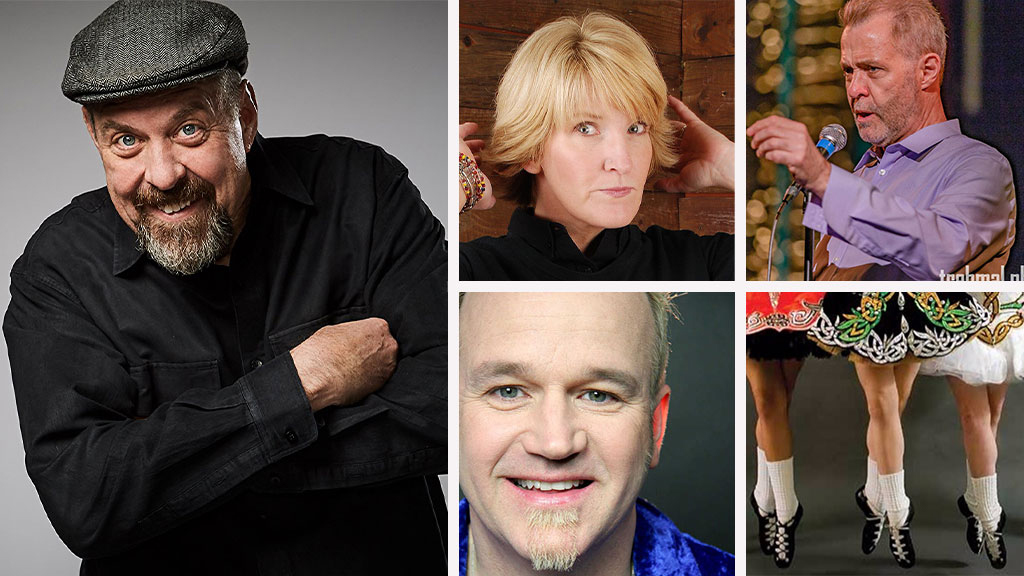 Please note: This show has been rescheduled for March 13, 2021. All previously purchased tickets will be honored. If you can’t make the rescheduled date, please contact our Box Office (603.436.2400) to receive a refund or a credit toward another show, or consider donating the ticket to our theater.

The best place to be on this Saint Patrick’s day is the Music Hall to celebrate with Celtic step dancing, music, and hilarious comedy.

Kathy Farris
Kathy hit the comedy scene a little late in life but quickly made up for it by becoming a finalist in the Boston Comedy Festival.

Joey Carroll
Joey Carroll was featured in NESN’s Roughing It and WCVB’s Chronicle, as well as Comedy Central’s Pulp Comics and lastly on NECN’s Broadside with Jim Braude. Joey also has entertained our troops all over the globe.

Jack Lynch
Jack Lynch is a 30-year veteran of the Boston comedy scene and has traveled around the world performing his routine to thousands of satisfied customers.

The Murray Academy is Northern New England’s premier school for Irish dance, located in Exeter, NH. The academy is home to 150 students, including Regional/National champions and World medal holders.

McDonough-Grimes Irish dance is led by John Grimes, Riverdance cast member (2009-2012). In five years, the school has produced World and National qualifiers and has been featured on NH Chronicle.