Songwriters in the Round: Dan Blakeslee, Kate Redgate, & Chad Verbeck 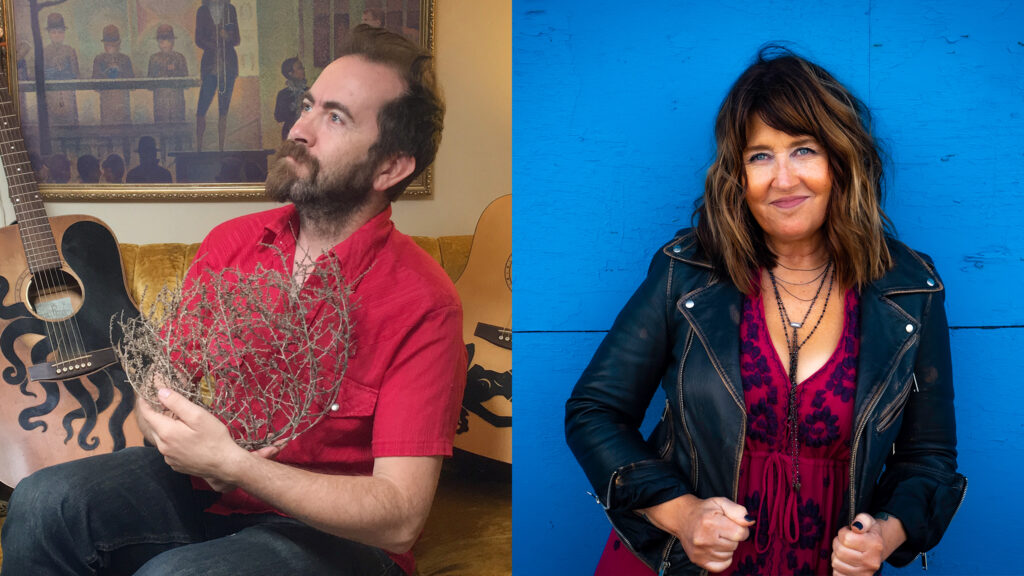 Please Note: Due to the high heat and humidity and the possibility of afternoon thunderstorms, along with concern for our team, we are moving the Songwriters in the Round performance indoors to The Music Hall Lounge (131 Congress St).
Ticket buyers have been notified via email.

Three immensely talented singer-songwriters and troubadours share their own unique styles of folk and Americana in this special in-the-round performance under the stars.

With a suitcase of songs, Maine folk troubadour Dan Blakeslee ventured into the smoke-laden subways of Boston in 1995 to practice his craft. His songs of true life adventures combine the essence of early folk music with a dose of country grit. He has performed with Josh Ritter, Sean Rowe, Lydia Loveless, The Lumineers, Old 97’s, The Black Lillies, Liam Finn, and Kimya Dawson, among others. In 2015, his dream of playing Newport Folk Festival became a reality. Dan Blakeslee delivers his songs with that same heart of a young, lyric scribbling troubadour, who knows because he’s tried it, can out sing a passing train.

Hailing from rural Southern Illinois and pulling from her personal experiences and background to create her unique sound and style, internationally acclaimed singer/songwriter Kate Redgate is as equally at home in the Americana/folk world as she is the alt-country/rock and roll world. Easily moving across genres, her performances always land in the realm of the heart.

Chad Verbeck is a singer/songwriter from New Hampshire, by way of Colorado, who plays his music in venues across New England and the nation. His sound has been developing through the years into a signature acoustic tone; a smooth balladeer, a gritty folk-blues troubadour, and a country rocker are just a few of the descriptions. The music of John Denver, James Taylor, The Who and the Grateful Dead were among many of his first exposures to acoustic music and to the world of folk rock that has shaped his sound today.