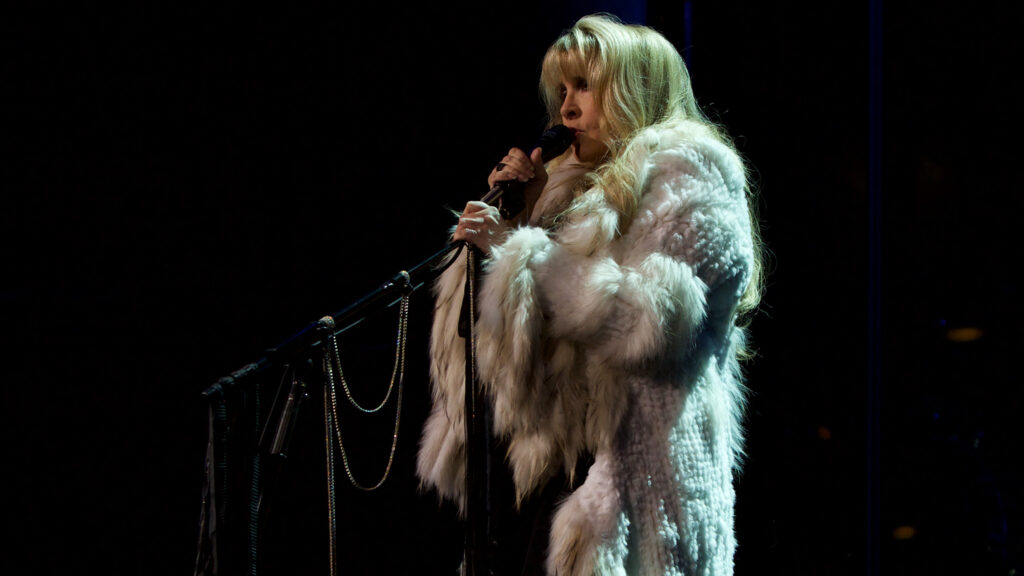 Rock & Roll Hall of Fame icon Stevie Nicks brings her legendary music to the big screen when Stevie Nicks 24 Karat Gold The Concert comes to select cinemas. Recorded over two nights during her sold-out 24 Karat Gold Tour, the film features a set-list of fan favorites and rare gems from Stevie’s multi-platinum selling catalog. The film also highlights Stevie’s intuitive and intimate storytelling abilities, captivating audiences with personal stories behind some of the most famous songs in music history.

Widely considered one of the most important female voices in rock music with an unparalleled career, Stevie Nicks has had six Top Ten albums, 8 Grammy nominations and is the first woman to be twice inducted into the Rock & Roll Hall of Fame – with Fleetwood Mac in 1998 and as a solo artist in 2019.

Stevie Nicks 24 Karat Gold The Concert is full of the magic that Stevie Nicks brings to her live performances and is an unforgettable experience that demands to be seen on the big screen!

For screenings, capacity is limited to 50 people per show. Anytime patrons are not seated in the theater, masks are to be worn. All staff and volunteers will be in masks and taking safety precautions for fellow staff members and our patrons.

Order food and beverages from your seat with our contactless concessions.

*Please note: Seating for all films is reserved, and your seats will be assigned by the box office. Seating will be determined by group size, accessibility needs, and social distancing protocol. If you have accessibility needs please contact the box office or leave a note in the “Special Instructions” field. Your tickets, including seating information, will be emailed to you at least 24 hours prior to the performance.