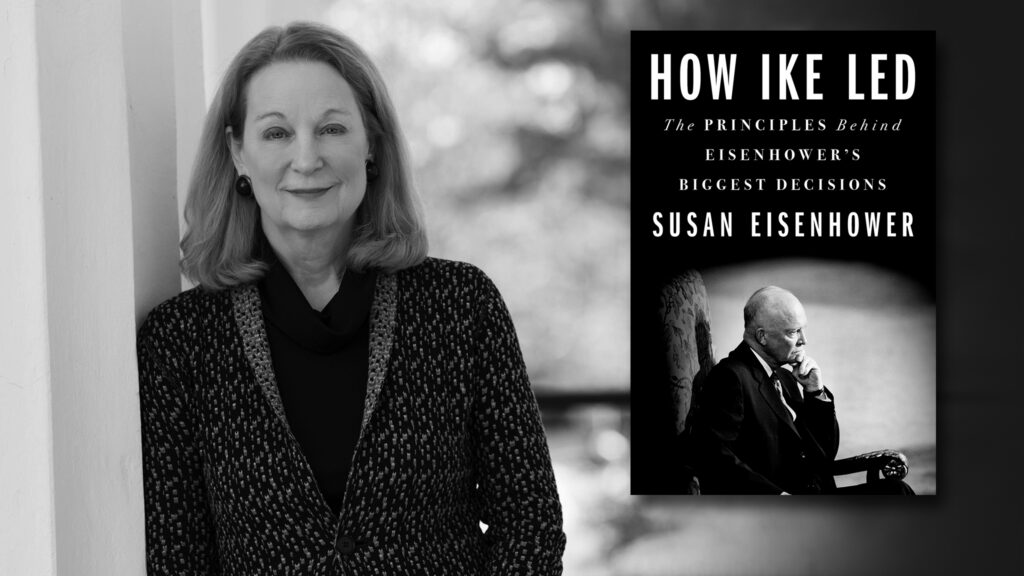 Few people have made decisions as momentous as Dwight D. Eisenhower, nor has one person had to make such a varied range of them. From D-Day to Little Rock, from the Korean War to Cold War crises, from the Red Scare to the Missile Gap controversies, he was able to give our country eight years of peace and prosperity by relying on a core set of principles. These were informed by his heritage and upbringing, his strong character, and his personal discipline, but he also avoided making himself the center of things. He tried to be the calmest man in the room, not the loudest. So instead of seeking to fulfill his personal desires and political needs, he pursued a course he called the “Middle Way” that tried to make winners on both sides of a situation.

In addition, Ike maintained a big picture view on any situation; he was a strategic, not an operational leader. He also ensured that he had all the information he needed to make a decision. His talent for envisioning a whole, especially in the context of the long game, and his ability to see causes and various consequences, explains his success as Allied Commander President.

How Ike Led shows us not just what a great American did, but why—and what we can learn from him today.

Susan Eisenhower, one of Ike’s four grandchildren, is a consultant, author, and a Washington, DC-based policy strategist with many decades of work on national security issues. She lectures widely on such topics, including strategic leadership.

“A well-written reflection on one of the most significant American presidents...It brings one of America’s most remarkable public figures into lasting focus.” —Henry A. Kissinger, U.S. Secretary of State