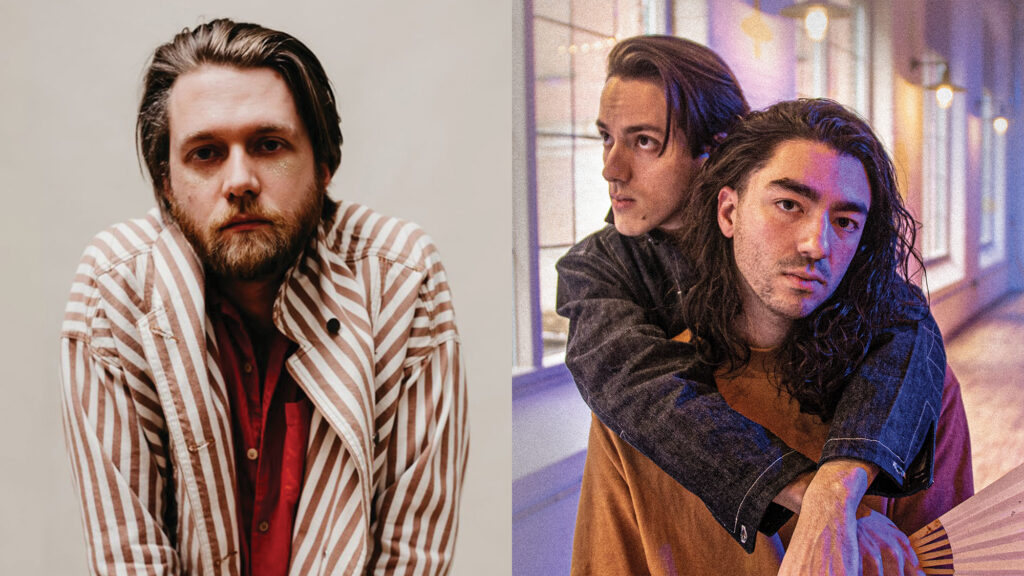 Taylor Ashton is a Canadian singer and songwriter, who spent the first half of his twenties on the road as frontman of the band Fish & Bird before moving to New York. His music takes influence from the cosmic emotionality of Joni Mitchell, the sage vulnerability of Bill Withers, the humor and heartbreak of Randy Newman, and old-time and Celtic folk music. Alternately accompanying himself on clawhammer banjo and electric guitar, Taylor croons poignantly clever lyrical insights while effortlessly gliding between a Bill Callahan-esque baritone to a Thom Yorke-like falsetto. His full-length debut album The Romantic was released in early 2020, followed by a companion EP Romanticize featuring remixes, reimaginings, and new songs. Much is in store for 2022, including at least one new album and more fruitful collaborations.

Maine-based indie duo, Oshima Brothers’ have been creating music together since childhood. The brothers blend songs from the heart with blood harmonies to produce a “roots-based pop sound that is infectious” (NPR). On stage, Sean and Jamie offer lush vocals, live looping, foot percussion, electric and acoustic guitars, vintage keyboard, and bass—often all at once. They want every show to feel like a deep breath, a dance party, and a sonic embrace. When not recording or touring they find time to film and produce their own music videos, tie their own shoes, and cook elaborate feasts. Maine Public Radio’s Sara Willis describes their songs as “beautiful, those brother harmonies can’t be beat. They are uplifting and, let’s face it, we need uplifting these days.”