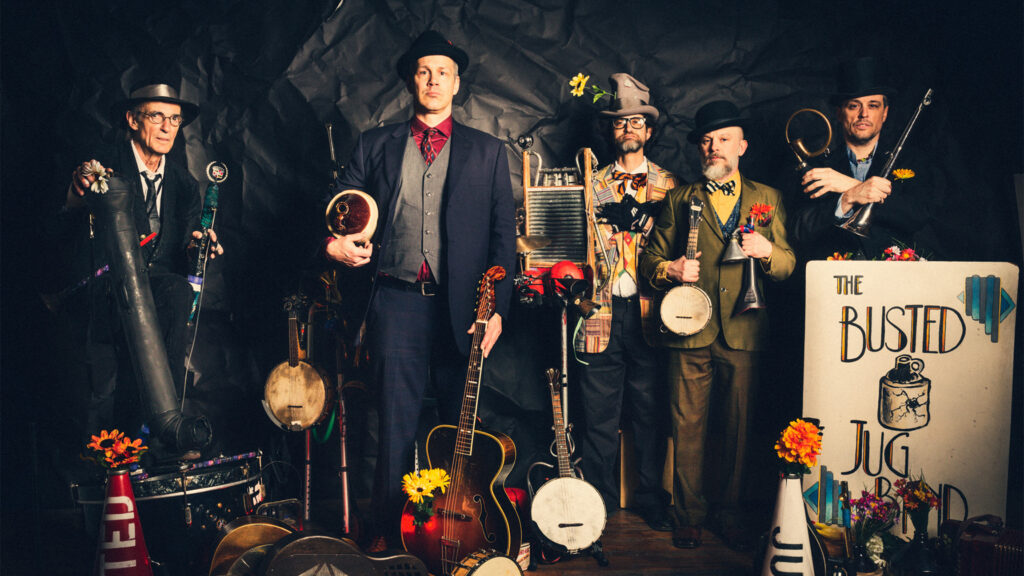 During the Jazz Age, musicians who couldn’t afford trumpets, tubas, and drums replaced them with homemade instruments, such as kazoo, washboard and jug. Thus the Jug Band sound, sometimes called “poor man’s Jazz,” was born. This was revived in the 1960s with groups like Jim Kweskin’s Jug Band. The Busted Jug Band pushes the Jug idiom beyond its historical confines. Homemade instruments are modified with modern techniques for maximum impact. Inspiration has come from the likes of Spike Jones & His City Slickers and Hoosier Hotshots. Vaudevillian sight gags, jokes, and colorful stage attire round out the show and fun reigns supreme.

The Busted Jug Band is also now a comic book! In response to the global pandemic, the Busted Jug band has sequestered themselves in the second dimension, appearing only in Busted Comics, written and drawn by Jeremy Lyons (who bears an uncanny resemblance to Pee Wee Hernando). For one night—and one night only—this zany bunch will reemerge for one show at The Music Hall!