A Comedy of Grief 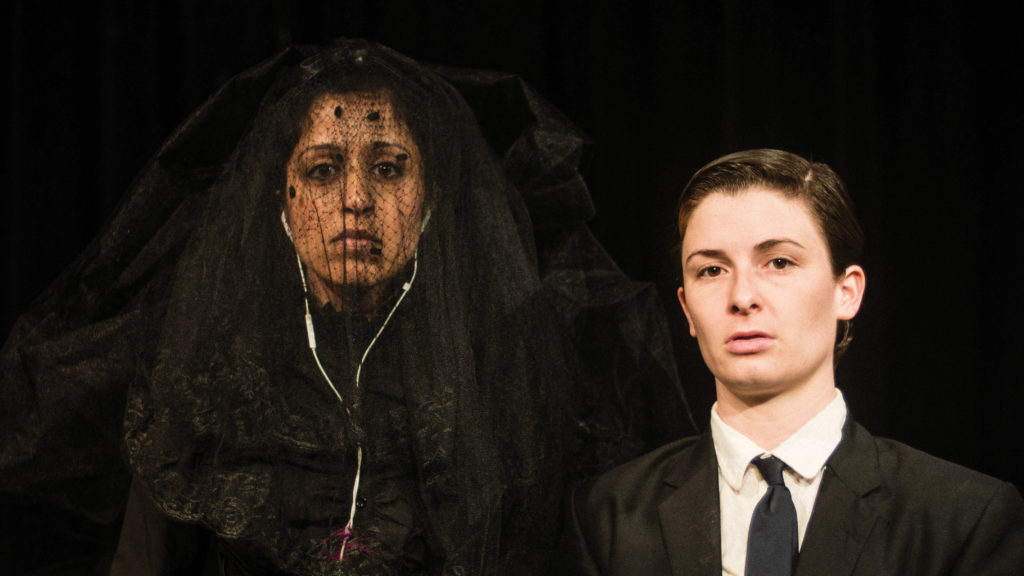 Confined to The Living Room, these two Accountants of Death work tirelessly to record the death toll, while the occupational hazards wear on these two clowns as they learn the meaning of life and death. It makes for an absurd and physical jaunt brimming with audience interaction, existential phone calls, impaired dancing and the love of a goldfish. Developed at The Lyric Hyperion Theatre in Los Angeles, this show rides the fine line between comedy and tragedy. Employing audience interaction, physical comedy and absurdist theatre techniques, this show leaves the audience laughing and crying and thrust out into the night to ponder it all.

Amrita Dhaliwal and Gemma Soldati, students of Cirque du Soleil’s John Gilkey, Spymonkey’s Aitor Basauri, The School for Theatre Creators with Paola Coletto, Upright Citizens Brigade, The Groundlings and teachers for the Idiot Workshop in Los Angeles, have created a clown show inspired by their loss of loved ones.

“This Beckettian sequence of bits is exactly the kind of thing people should be making room for at the Fringe.” ★★★★—The Skinny

“In the best spirit of modern clowning, clever physical comedy abounds, and the absurdity fairly ricochets off the wall, along with the spillage…impeccable timing and control…brilliantly set up gags take us into unexpected territory”★★★★—Theater People

“A bit of Sartre’s No Exit…Dhaliwal and Soldati have hit their stride…The physical comedy is superb.”★★★★— Arts Beat LA

“They address the big feels with a touch that’s deft and gentle, even when it’s delivered with exaggerated physical comedy, Punjabi nursery rhymes and vodka.” — ★★★★  Time Out Melbourne