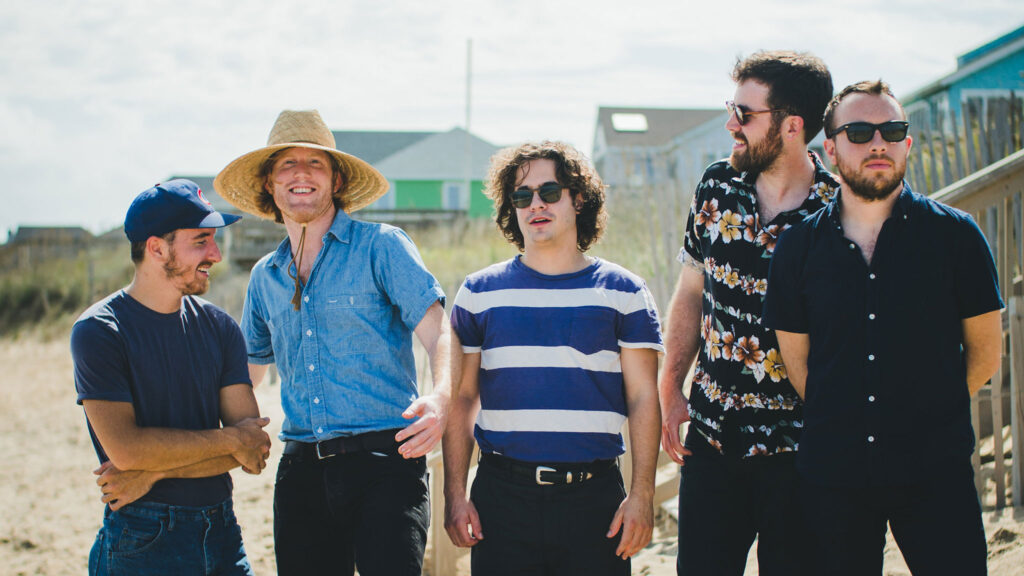 Brooklyn-based five-piece The RT’s are known for their eclectic take on rock n’ roll, which mixes punk rock energy, horn-drenched soul & precise musicianship with a lighthearted but sincere delivery. It’s a sound that has come sharply into focus on the band’s latest release, See You Again.

The band spent the majority of 2019 touring in support of their sophomore release On Tap — a world tour which totaled over 80,000 miles and included shows in direct support of Lake Street Dive, Dr. Dog, Modest Mouse, BAILEN and The Motet, with dates in China, Europe, and across the USA from Alaska to Florida. Along the way they began writing and performing new material, and the folkiness of their last release began to morph into the hard edged, anthemic, and frequently poppy sound of See You Again.