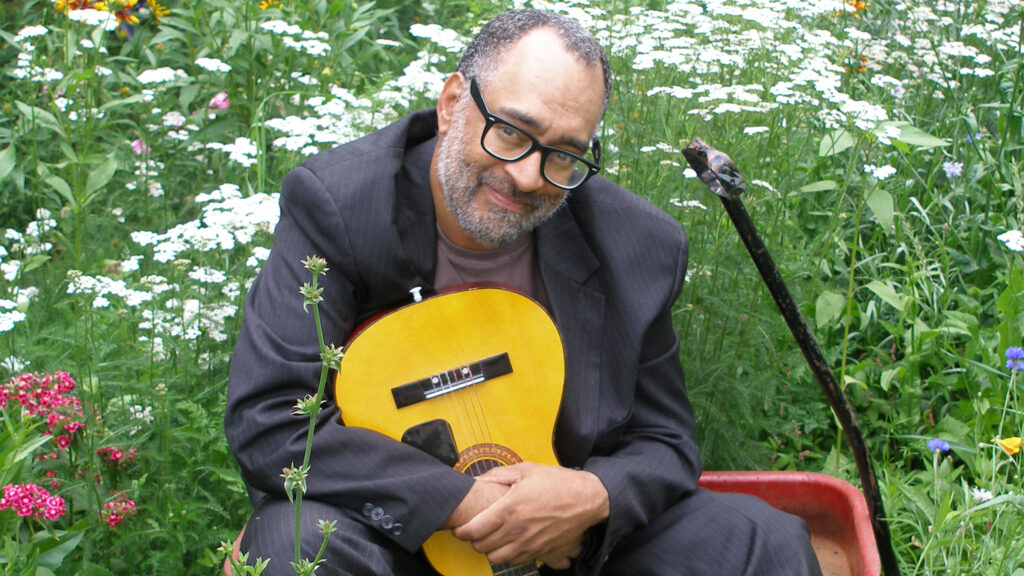 Can something be wry, aching, hysterical, evocative, provocative, fun, beautifully sung, and consummately played all at once? That would be Vance Gilbert.

Considered by many to be an integral part of the national folk scene, Gilbert’s approach to the acoustic singer-songwriter idiom is significant. Gilbert’s compositions, while frequently employing sophisticated melodies and harmonies that attest to his jazz roots, remain sublime attestations to the storyteller’s craft. Many know Vance’s signature song, “Unfamiliar Moon,” which landed him in the second round of auditions of TV’s America’s Got Talent. Like all great artists, Vance truly happens live. In fact he developed his reputation with his jaw-dropping, diverse, funny, devastating, and gorgeous live performances.

Vance exploded onto the scene in the early ’90s, with buzz spreading quickly. Who was this multicultural arts teacher knocking them dead at open mics? After opening Shawn Colvin’s 1992 Fat City tour, he took much of America by storm and by surprise. “With the voice of an angel, the wit of a devil, and the guitar playing of a god, it was enough to earn him that rarity: an encore for an opener,” wrote the Fort Worth Star-Telegram in its review of a show from the Colvin tour.

"Gilbert took the stage, accompanied only by an acoustic guitar, a whimsical sense of humor, and an astonishingly smooth, pure tenor voice. But that proved to be more than enough."
—The Chicago Tribune