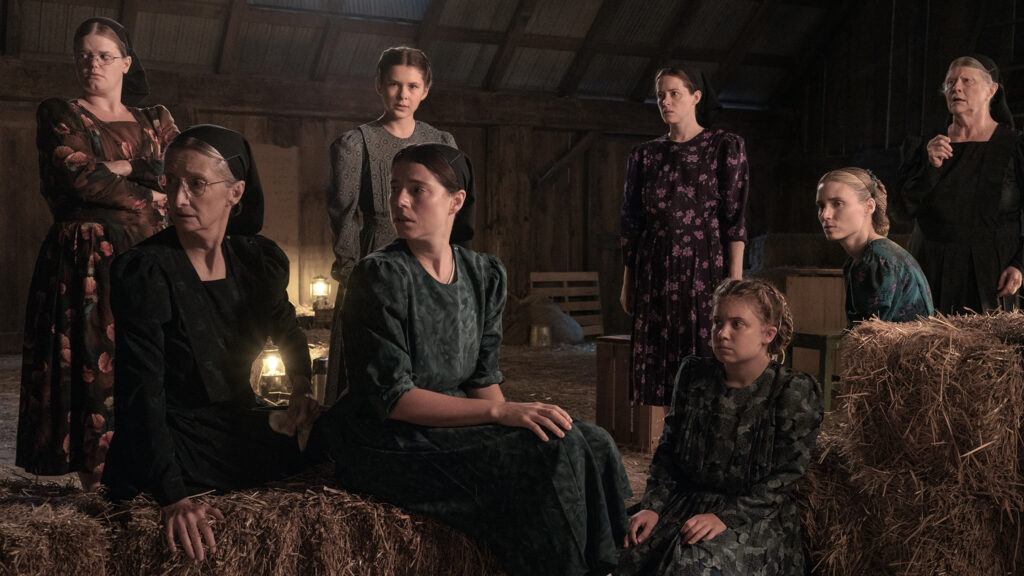 In a hayloft on a prairie far away, a group of Mennonite women gathers to conspire. They have choices, just like us: they could do nothing; they could stay and fight; or they can leave. The metaphor is as clear as the light, for they need to outlast the abuse they endure from men. We never see these men, but we gather their power in the women’s eyes. This is a movie that reminds us of Carl Dreyer, but this adaptation of Miriam Toews’ novel has women’s survival as its faith, and its look, its light, and its sound emerge through the writing and direction of Sarah Polley. Lit up by radiantly fierce performances (Rooney Mara, Claire Foy, Jessie Buckley, Sheila McCarthy, and Judith Ivey) this is, to quote the film, “an act of female imagination,” yet another Polley masterpiece, and, unequivocally, the film for now.

Get yours passes today!