“Won’t You Help to Sing” 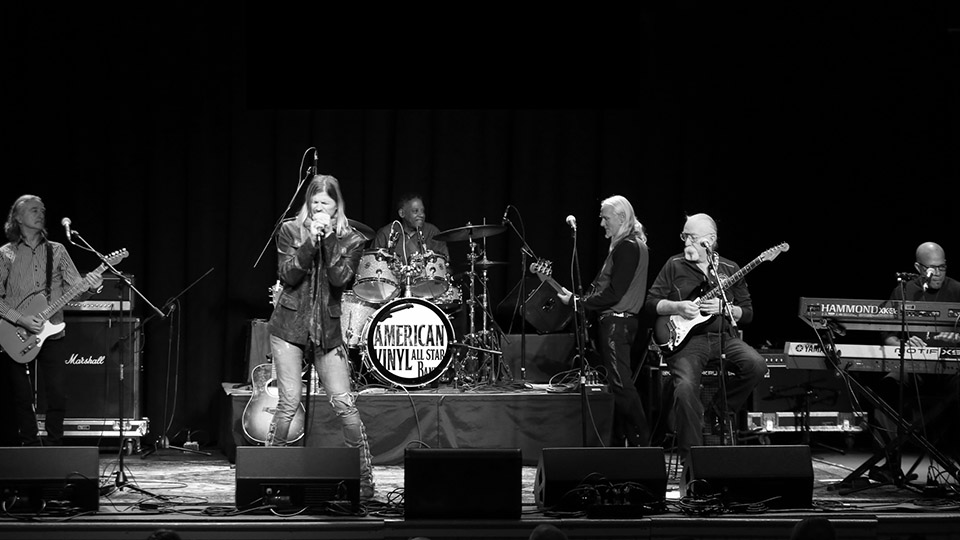 The trafficking of human beings is a worldwide issue. Whether that be forcing people into the sex trade or being forced to toil in abhorrent working conditions, the issue affects communities across this country and the globe. Yes, even here in New Hampshire. That is why the NH Human Trafficking Collaborative Task Force and The Freedom Café exists. Together they work to not only root out situations where people are being trafficked, but also to raise awareness to the rest of the community on what is going on around them.

The “Won’t You Help to Sing” concert event at The Music Hall is a fundraiser for those organizations so that they can continue their vital work. Featuring a performance by The American Vinyl All-Star Band, whose members helped to create the classic songs you know and love from such bands as Steely Dan, The Wailers, James Brown Band, Doobie Brothers, Boston, and more. For one night only, legendary guitarist Jeff “Skunk” Baxter (Steely Dan and The Doobie Brothers), Barry Goudreau (formerly of Boston), Leroy Romans (The Wailers), Robert “Mousey” Thompson (James Brown Band), lead singer Danny Beissel (Featherborn) and bassist Tim Archibald (RTZ and Peter Wolf Band) will be on stage jammin’ and singing out against human trafficking. The concert is being presented by Sweaty Turtle Entertainment and will feature both a silent and live auction, raffle, and an opportunity to spend some time with the legends themselves during a meet-and-greet before the show. The meet and greet will be at the Portsmouth Brewery and includes light fare from their incredible chefs and 1 drink ticket. So, won’t you help to sing?

Doors open at 6:30PM for the silent auction.