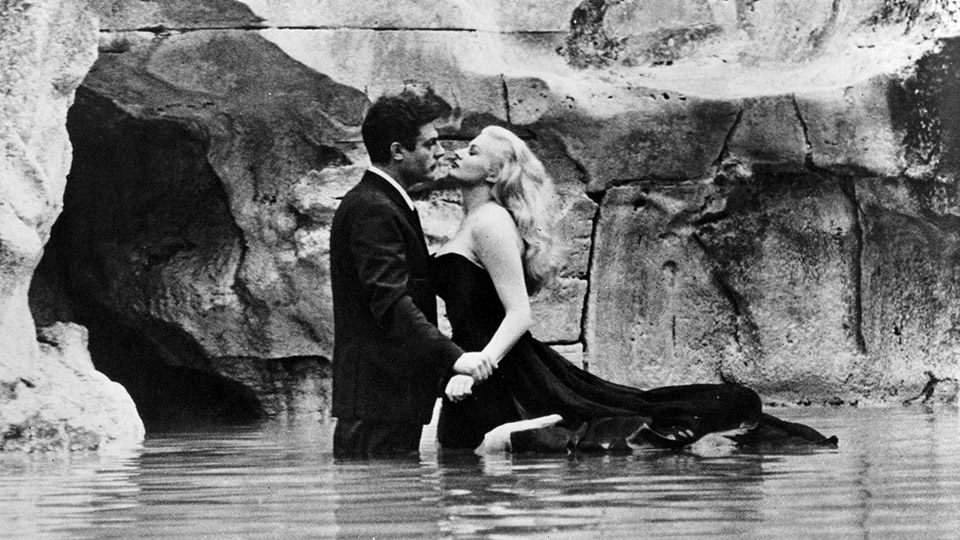 The biggest hit from the most popular Italian filmmaker of all time, La Dolce Vita rocketed Federico Fellini to international mainstream success—ironically, by offering a damning critique of the culture of stardom. A look at the darkness beneath the seductive lifestyles of Rome’s rich and glamorous, the film follows a notorious celebrity journalist (a sublimely cool Marcello Mastroianni) during a hectic week spent on the peripheries of the spotlight. This mordant picture was an incisive commentary on the deepening decadence of contemporary Europe, and it provided a prescient glimpse of just how gossip- and fame-obsessed our society would become. Presented in commemoration of the 100th year of Fellini’s birth.