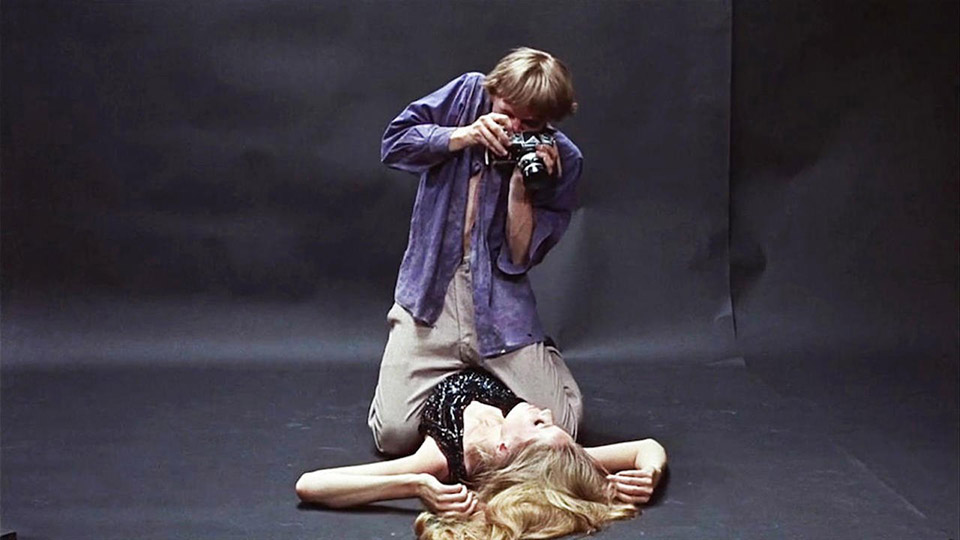 Fashion photographer Thomas (David Hemmings) casually takes a somewhat voyeuristic shot of a man and a young woman in each other’s arms on a park bench. The young woman (Academy Award winner Vanessa Redgrave) follows Thomas home and makes love to him in exchange for the photograph. But Thomas keeps the negative, and when he enlarges it, what had seemed a carnal moment appears to be murder. Thomas returns to the park, and discovers that the man in the photograph is dead. Yet when Thomas enlarges the photo again, he notices a shadow in the bushes that could be a barrel of the gun. Is the woman with whom Thomas made love a murderer? Reality seems to change with each blow-up.