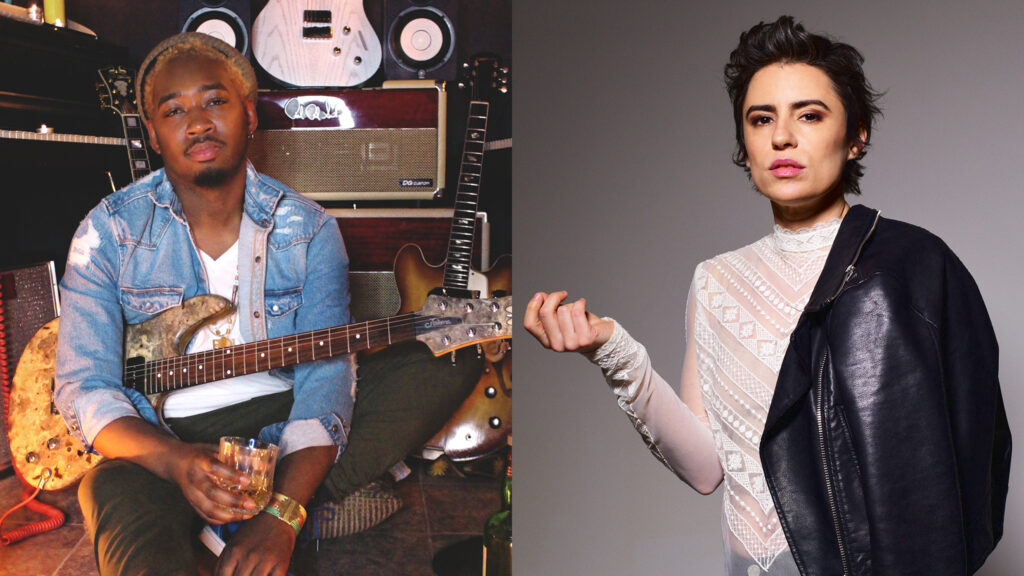 Please note: in case of rain, this performance will be held in the Historic Theater with socially-distanced seating. For more on our protocols, click here.

Isaiah Sharkey is poised to take center stage as he fuses together his background in rock, gospel, jazz, R&B, blues, and funk to create an original sound with an unmistakable dose of soul. His highly anticipated debut album Love.Life.Live. was released in September of 2017 and earned him the iHeart Radio Artist of the Month Award in November for his single “It’s a Shame” featuring DJ Jazzy Jeff. His sophomore album Love is the Key: The Cancerian Theme was released on June 21, 2019.

Brooklyn-based singer-songwriter Leslie Mendelson is supporting her most recent studio album If You Can’t Say Anything Nice…, as well as a solo acoustic EP In The Meantime that was recorded during quarantine earlier this spring. Described by Relix Magazine as an artist with “a loyal, cross-generational audience that hugs the hippie, hipster, coffee shop and society crowds,” Leslie’s timeless musicality and evocative songwriting indeed cuts a wide swath. The Aquarian declares she is “the closest thing one can get to a truly honest musical experience.”

Leslie Mendelson has collaborated with a legendary musician Jackson Browne and has also recorded a duet with The Grateful Dead’s Bob Weir, while no less than classic rock royalty The Who invited her to open two shows at Madison Square Garden last year. With some of rock music’s most legitimate voices seeking Leslie out, it leaves no doubt the rarefied air she inhabits as an artist.