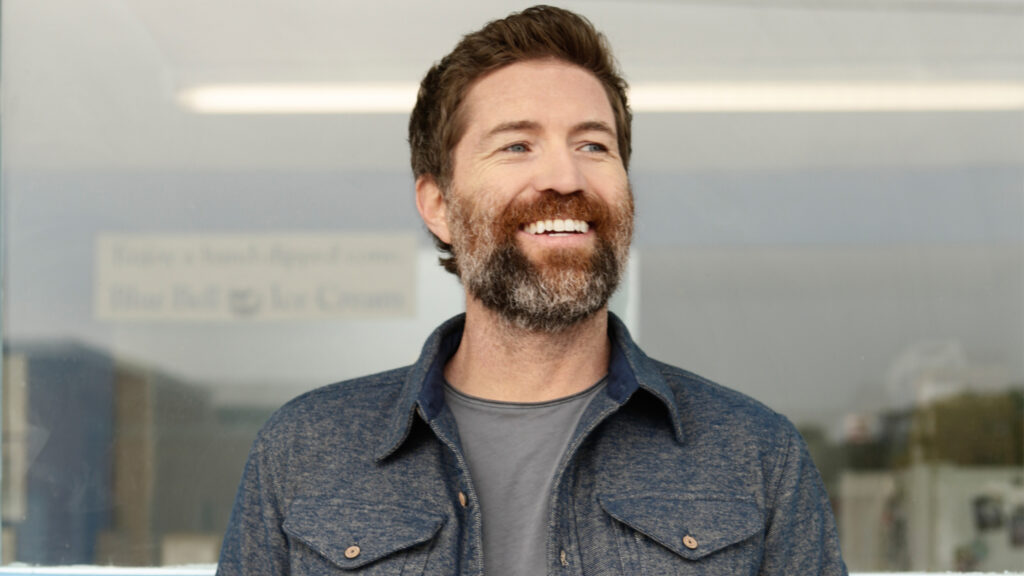 Please note: This show has been rescheduled. All previously purchased tickets will be honored. If you can’t make the rescheduled date, please contact our Box Office (603.436.2400) to receive a refund, or a credit toward another show, or consider donating the ticket to our theater.

MCA Nashville recording artist Josh Turner, while a multi-platinum-selling star himself, is a country music fan first and foremost. He’s even concocted his own version of Mount Rushmore conceived solely of country music legends. Turner’s “Mount Rushmore of Country Music” boasts five faces rather than four (it’s his mountain, after all) — Randy Travis, John Anderson, Johnny Cash, Vern Gosdin, and Hank Williams. The giants carved into the granite of Turner’s musical soul form the core of his aptly titled new album, Country State of Mind.

The dozen songs on Country State of Mind, including songs from those five legends among others, span more than half a century of classic country music, encompassing both well-known standards and deep-catalog cuts. All relayed in the distinctive, resonant baritone that brought Turner #1 hits and five gold and platinum albums — between the past and present of country music.

For nearly two decades, Turner has been one of country music’s most recognizable voices, scoring multiple Grammy, CMA, and ACM Awards nominations and six Inspirational Country Music Awards. As one of the youngest members inducted into the Grand Ole Opry, he has sold more than 8.5 million units and amassed more than 2.5 billion global streams. He has never kept his reverence for traditional country music a secret, but, with this latest album, Josh Turner is definitely in a Country State of Mind.