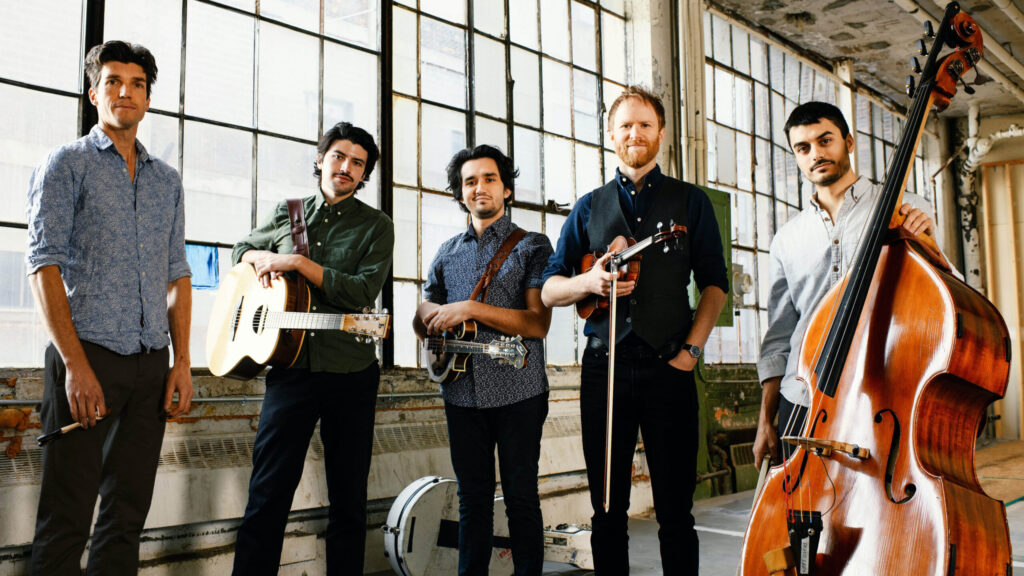 Called “one of the most exceptional violinists and fiddlers of his generation” by WGBH, GRAMMY-nominated violinist and composer Jeremy Kittel’s music inhabits the space between classical and acoustic roots, Celtic and bluegrass aesthetics, and folk and jazz sensibilities. According to Bluegrass Situation, Kittel & Co. has “accomplished a feat of new acoustic, string band-rooted chamber music.” Kittel & Co. includes mandolin phenom Josh Pinkham (named “the future of the mandolin” by Mandolin Magazine), genre-bending guitarist Quinn Bachand (a former presidential scholar at Berklee College of Music), transcendent bassist Ethan Jodziewicz (as heard with Sierra Hull), and hammer -dulcimer wizard Simon Chrisman (acclaimed for bringing a new tonal flexibility to the instrument).

Kittel & Co.‘s most recent album, Whorls, is a dazzlingly original work, referring to patterns of spirals, an apt metaphor for the undulation between the outsize skills and free-spirited instincts that drive its sound. Premiering as #1 on the Billboard bluegrass charts, EarMilk calls the album “a gentle, genre-bending masterpiece.” As well as creating his own projects, Kittel composes and arranges for artists such as Abigail Washburn, Aoife O’Donovan, My Morning Jacket, Camera Obscura, Jars of Clay, Yo-Yo Ma and the Silk Road Ensemble, Laura Veirs, and the GRAMMY-winning Turtle Island Quartet (of which he was a member for five years). He has also recorded with artists such as Edgar Meyer, Chris Thile, Mark O’Connor, and Mike Marshall.