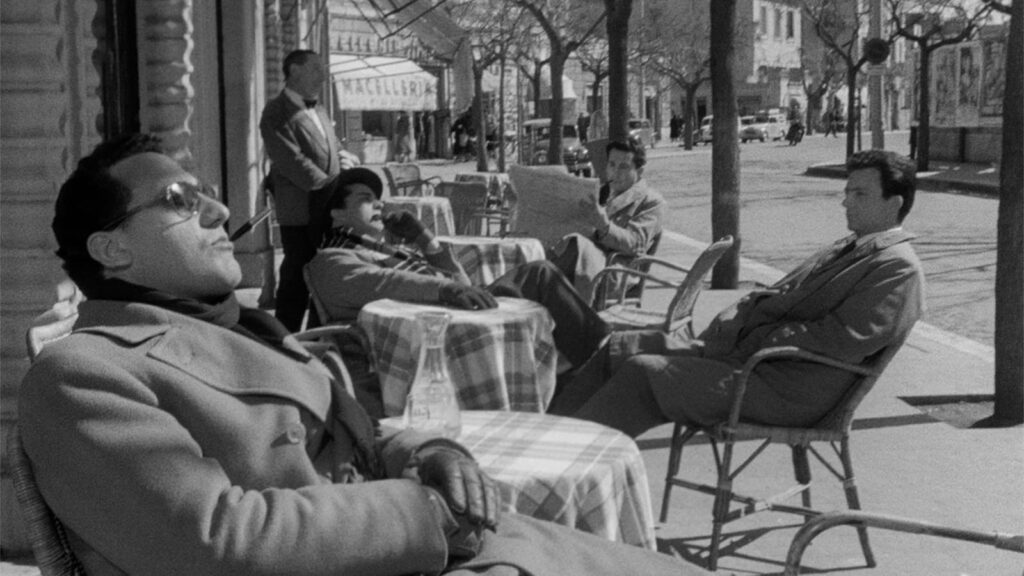 One of Fellini’s earlier films. Five young men linger in a post-adolescent limbo, dreaming of adventure and escape from their small seacoast town. They while away their time spending the lira doled out by their indulgent families on drink, women, and nights at the local pool hall. Federico Fellini’s second solo directorial effort (originally released in the U.S. as The Young and the Passionate) is a semi-autobiographical masterpiece of sharply drawn character sketches: Skirt-chaser Fausto, forced to marry a girl he has impregnated; Alberto, the perpetual child; Leopoldo, a writer thirsting for fame; and Moraldo, the only member of the group troubled by a moral conscience. An international success and recipient of an Academy Award® nomination for Best Original Screenplay, I Vitelloni compassionately details a year in the life of a group of small-town layabouts struggling to find meaning in their lives.