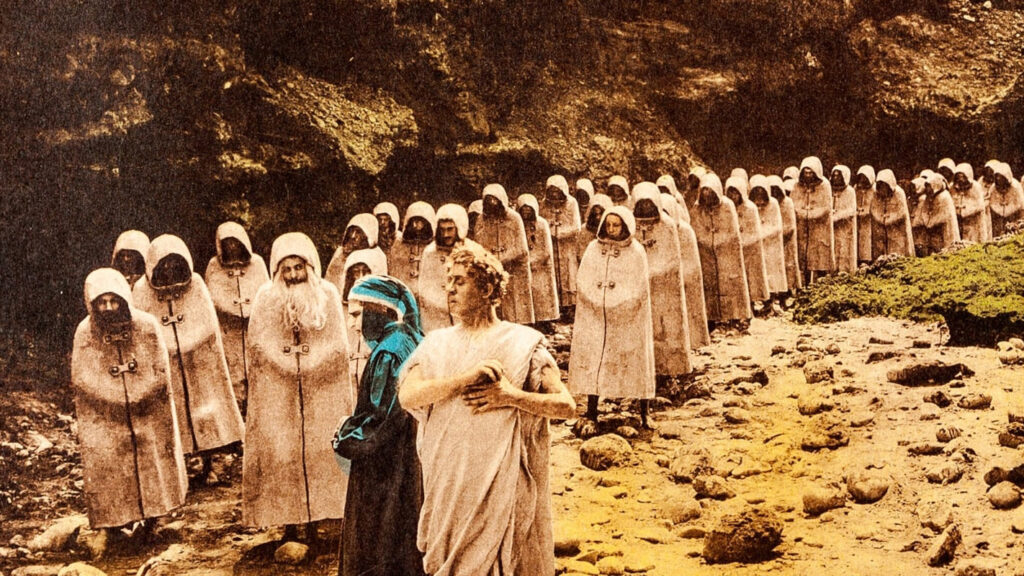 Considered Italy’s first feature-length film. An adaptation of Dante’s epic poem, in commemoration of the 700 (+1) years since his death. “Dante’s Inferno, with its fantastic images, stands…totally apart from the style of European films of the period. Its plastic beauty, deriving from a sophisticated visual culture, already proclaims the fantasy of the great Swedish and German masterpieces, thus showing the role played, in the 1910s, by the Italian cinema on the schools of the Countries of central Europe.” — Henri Langlois, Cinquante ans de cinéma italien