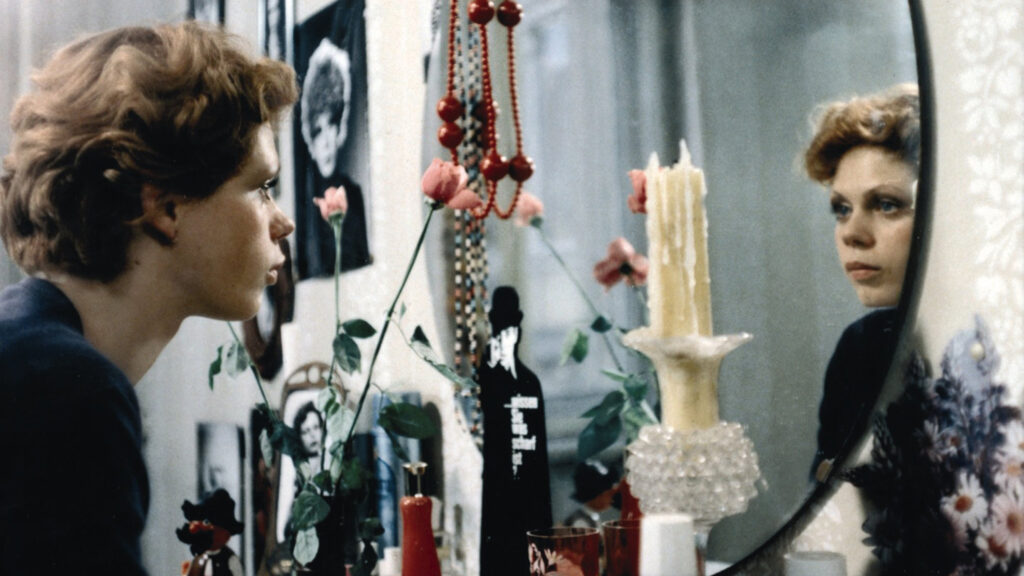 The morning after. “It’s without breakfast…” the young Berlin woman Ingrid Sommer (played by Renate Krößner) tells her male overnight guest and opens the window of her apartment in Prenzlauer Berg. When the guest begins to argue, she adds: “It’s also without discussion.” Ingrid Sommer, stage name Sunny, is a singer. She has many admirers, but loves her independence. Sunny is the epitome of the independent, self-confident outsider. She doesn’t let men dictate what she wants. She tours the country with her band, performing in clubhouses and bars. Her success is only modest, but she longs for happiness and recognition. Solo Sunny is one of DEFA’s most popular contemporary films and quickly became a cult film in both East and West.