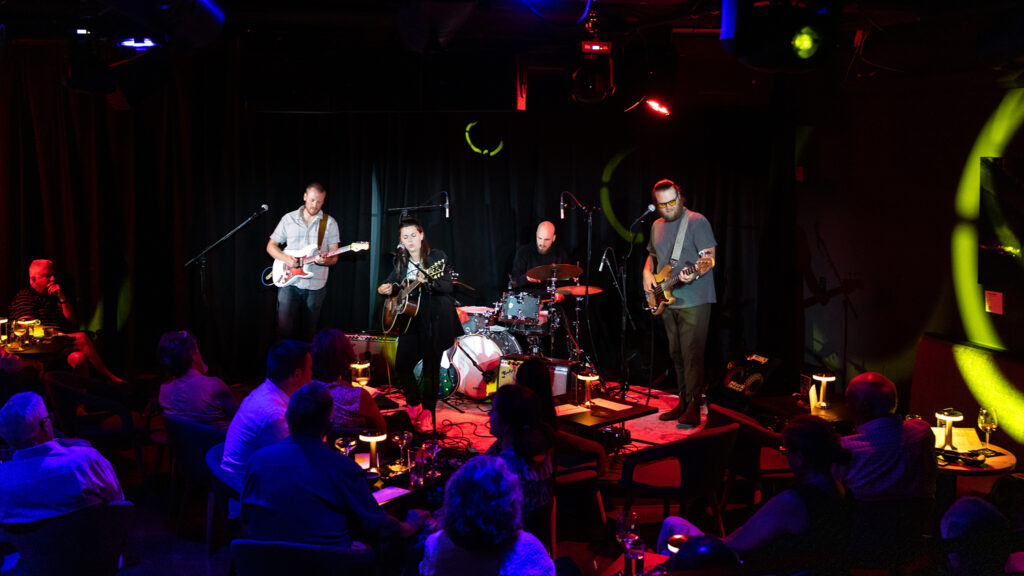 Welcome to The Lounge

Our revitalized, nightclub-style space at 131 Congress Street features high-quality programming, bar & small bites, and a great view from every seat!

Check Out Our Menus

Talks
The Big Calm with Ankati Day • 2/19
Take a moment for self-care. Join us for an hour of relaxation using meditation and sound therapy.

Music
Rob Ickes & Trey Hensley • 2/26
The bluegrass Player of the Year and a guitar prodigy make a rootsy, Americana duo.

Music
Taylor O’Donnell • 3/2
The Seacoast’s own is known for her exploratory musical stylings.

Music
Deb Talan (of The Weepies) • 3/4
Half of the long-running duo The Weepies, Deb Talan is a mega-talented singer-songwriter.

Comedy
David Drake • 3/25
The NYC stand-up comedian was named a “Comic to Watch Under 30” by Complex Magazine.

Music
Kaki King • 3/27
The award-winning composer and guitarist Rolling Stone hails “a genre unto herself.”

Music
The Sea The Sea • 3/31
The New York-based indie folk-pop group with two of the loveliest voices.

Music
Chad Hollister and Primo • 4/1
This Vermont duo has traveled the globe with Bob Dylan, Paul Simon, and Tom Petty.

Music
Apple Hill String Quartet • 4/16
The award-winning quartet with some of the best in chamber music.

Comedy
Elisabeth Wykert • 4/22
The Golden Unicorn is back on the stage delivering laughs at this comedy event.

Comedy
Andy Beningo • 5/19
His clean, everyman material makes him one of the most in-demand comedians today.

Our revitalized, nightclub-style space at 131 Congress Street features high-quality programming, bar & small bites, and a great view from every seat!