A Conversation with Lily 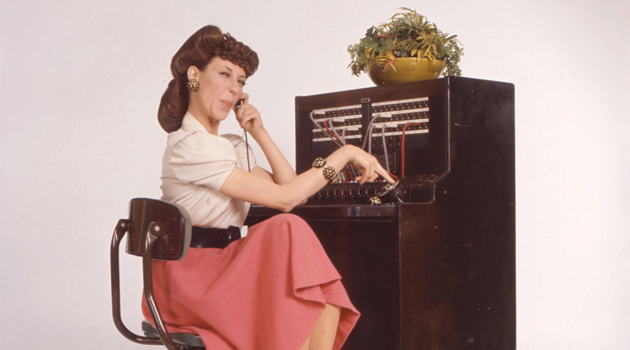 YOU HAVE MADE MILLIONS LAUGH. TIME MAGAZINE HAILED YOU WITH THE HEADLINE ‘AMERICA’S NEW QUEEN OF COMEDY’. HOW DID YOU COME TO YOUR VOCATION?
I think it helps to come to comedy if you are thrown together with different kinds of people. My neighborhood in Detroit, where I spent my first fourteen years, was working class and racially diverse. There were some more educated than others.  In my apartment building we had a botanist and a French teacher as well as factory workers. You only had to go a few blocks from my neighborhood and the houses would increase in size. Those kids would be from families of doctors and lawyers and I was infatuated with the entire range of humanity. I lived across the street from a Department of Parks and Recreation and I pitched for the Police Athletic League. There were programs to keep kids achieving and off the streets and out of mischief! Our neighborhood was so compressed. I spent years traveling only one block in one direction to my grade school and then years traveling another block in the other direction to my junior high school.

YOUR CAREER ENCOMPASSES MOVIES, THEATER, STAND UP AND TELEVISION…WHAT MEDIUM OF EXPRESSION DO YOU ENJOY MOST?
I prefer the stage. It is like a second skin to me and I am able to get very personal. If you can work ‘in-one’ and create that kind of solo performance then you can be sort of a master of that form. I like to keep my hand in it and perform that kind of personal material…personal in the sense that you’re trying to reflect something about society that you feel or perceive and be funny and entertaining at the same time. The characters always have a life anyway and they go on and they continue aging.  Everybody ages except Edith! Edith doesn’t age except with the stuff she experiences. As long as the characters have something to say that is relevant, then they still live!

IN TINA FEY’S NEW BIOGRAPHY SHE DESCRIBES THE CHALLENGES OF HER GENERATION AND THE STRUGGLES OF FEMALE COMICS. ARE THERE FEWER ROLES FOR WOMEN COMEDIANS? WHAT HAVE BEEN SOME OF THE CHALLENGES YOU FACED?
Certain barriers have changed…and have been moved forward. I created stuff for myself to do. I did my own television specials and was able to produce stage shows too. I worked on one person theatrical events (very few people were working in that form) and I created original characters. All that stuff compiles to create a body of work. I didn’t do this alone, there were always people I was working with to help create a vehicle of one sort or another.  I did what I thought was funny and interesting revealing in some way or entertaining – all while trying to say something about an issue or the human condition in a surprising way. Sometimes I did that through characters and sometimes I did that through a kind of metaphor. And naturally because I was doing comedy (particularly in my earliest years) people did not think of me for dramatic roles. They wouldn’t take a chance on you. I got to be a part of the Bob Altman family because Altman put me in his film Nashville. Ernestine, the phone operator from Laugh-In was immensely popular and identifiable. Bob was the first to put me in a dramatic role like that in Nashville.  We happened to have the same agent at the time, Sam Cohn. Sam was well known for creating a family of artists.  My second film was Late Show with Bob Benton. Benton was also Sam’s client and he had written the screen play for Bonnie and Clyde with his partner David Newman. I did that film with Art Carney and then I went on to do four or five other movies with Altman including his last film A Prairie Home Companion. I played a singing sister duo with Meryl Streep. Bob was at work on his last movie when he died. Meryl was going to be in that and I was pretty sure I was going to have a part. It was going to be called Hands on a Hard Body. Losing Bob was a big blow to a lot of people.

Sure it was very hard to have dramatic parts. Most recently I worked on Damages on FX with Glenn Close built around a kind of Madoff family. I played the matriarch and Marty Short played our family lawyer. That was great. I got nominated for an Emmy for that dramatic performance.

WHAT WAS IT LIKE TO PERFORM WITH SO MANY ASTONISHING FEMALE ACTRESSES IN TEA WITH MUSSOLINI.
I was a huge fan of Maggie Smith’s for many many years and then became a fan of Judi Dench’s too as she proceeded to become more well known . Of course they are great friends. We checked into the Eden Hotel in Rome, Italy as LADY Plowright, DAME Dench, and DAME Maggie Smith. When I told them my name, they misheard ‘Lily’, then they sent flowers to all of us and mine said LADY Tomlin. That was hilarious. I was sort of like a teenage groupie for Maggie and Judi and I’d run around with tea cups trying to serve them tea and I’d be out in the Italian mid-day sun and I’d hold an umbrellla over Maggie because she was so fair…and they were thinking ‘here comes that American girl again!’

HOW WAS IT TO BE DIRECTED BY FRANCO ZEFFIRELLI?
It was out of sight. He was unbelievable, irrepressible, totally spontaneous, and willful. Our script writer was Angela Allen. Allen is very well known and has a huge history. She was John Houston’s script supervisor for years. She did African Queen and many other major movies and she was very English and of course the director was so Italian and she’d say, “But, Franco, you don’t have the shot! You don’t have the shot!” Her accent was so thick that you could hardly understand her. And Zeffirelli would respond, “I don’t want to hear! I don’t want to hear!”.  He didn’t care if he had the shot or not. He was just so alive and in the moment. We were shooting at the Uffizi and the Fascist police were supposed to be there throwing the canvases and teacups of the older English women out the window and they had no barriers to protect pedestrians below!  You know typically on movie sets they clear the way for people down below- but not in this case. And yet, despite this, the director would go and throw everything out the window with great abandon!

WE’RE LOOKING FORWARD TO YOUR VISIT TO THE MUSIC HALL IN NOVEMBER. WILL THIS BE YOUR FIRST TIME IN PORTSMOUTH?
I’ve been to New Hampshire many times in the past: I attended a fundraiser for Senator Jeanne Shaheen in Concord where I was performing several years ago.  I’ve never played Portsmouth but I had friends who lived there for years and I visited them several times.  I especially remember the Children’s Museum and the giant witch puppet—and being surprised that Colonial Williamsburg is a reproduction of the authentic colonial era homes in Strawberry Banke.  And how can you not love a waterfront like you have in Portsmouth. Or Prescott Park!