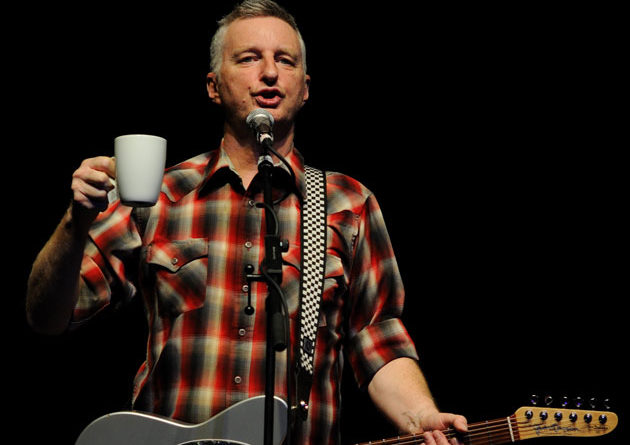 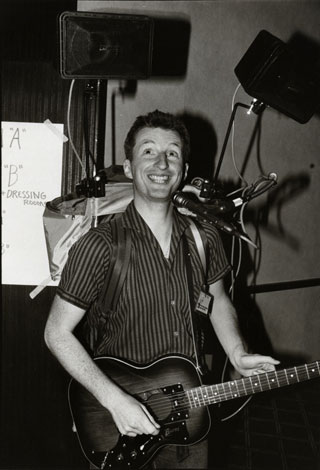 TL:  You are famous in the UK as an activist musician. Is this a fair label? How would you summarize your politics?

BB: I think it’s a fair label. Having written songs that draw attention to those things that I feel are wrong with society, I feel I should be willing to work with those who are actively seeking to put them right. I want to live in a compassionate society, in which the potential of the individual is nurtured by the collective provision of free health care, free education, decent, affordable housing and proper pensions. I see these things as my inheritance, the social framework that my parent’s generation created in Britain in the wake of the Second World War, and that I benefited greatly from in my formative years. I want to ensure that those benefits are passed on to the next generation.

TL: Your career spans nearly four decades. What, and who, inspired you to become a musician?

BB: Henry Ford inspired me to become a musician. He built a car factory in my hometown in the 1920s and I was educated to work there – a prospect that filled me with dread. I couldn’t box or play soccer, so picking up a guitar seemed to be my best bet for avoiding my fate.

TL:  What is one of your most memorable career highlights?

BB: In 2006, I was invited to conduct a song-writing workshop with some terminally ill women in a hospice. Over the course of a few months, I helped them to say in song the things that they couldn’t say over the dinner table to their loved ones.

TL:  We’re thrilled that your first set at your Music Hall debut will be a celebration of the Woody Guthrie centennial—using lyrics from his archives which yielded two very incredible albums in collaboration with Wilco, Natalie Merchant, blues guitarist Corey Harris, and English fiddler Eliza Carthy. What is it about Woody and his music that most inspires you? What was it like being invited to peruse his archives? What do you and Woody have in common?

BB: The thing that I find most inspiring about Woody is his lack of cynicism. He hated songs that made people feel bad about themselves and their predicament. Being invited to peruse the Guthrie Archives I found fascinating. Imagine being invited to collaborate with one of your heroes. Woody had a saying that sums up the way I approach song-writing ‘All you can write is what you see’.

TL:  In 2007, you founded the Jail Guitar Doors program, which to date has donated instruments to more than 20 prisons in the UK and elsewhere. How does the program work to rehabilitate an inmate?

BB: Jail Guitar Doors supplies instruments to those involved in the rehabilitation of offenders. We believe that the self-expression involved in playing guitar and writing songs can both help offenders to reflect on their crimes and, on release, provide them with a method of processing the problems that they face in a non-confrontational way.

TL: More recently, you have actively supported the Occupy movements. Can you tell us why you think this movement is important and how it relates to the folk traditions of Woody and other activist musicians? Are you encouraged by what you are hearing and seeing from those on the ground?

BB: I’m currently reading a very interesting book called ‘Why Nations Fail’ by Daron Acemoglu and James Robinson, which investigates why some nations that are rich in resources remain mired in poverty. The authors argue that it is not enough to have a free market – Mexico has one of those, yet most of its citizens are poor. In order to be prosperous, a free market economy also requires constant pressure on the rich to ensure that the wealth created is spread to all corners of society, not simply used to enrich a powerful minority. The Occupy movement, with their vocal challenge to the richest 1%, are the latest manifestation of this pressure: modern in their use of social media to organise, yet traditional in their occupation of the public space. Woody would have been very much at home in the Occupy camps. I am greatly encouraged that a new generation of activists are being forged in the Occupy movement – we are already hearing the voices of some powerful new singer-songwriters who are taking the tradition that Woody Guthrie started and shaping it to fit the struggles of the 21st century.

With an extensive international background, Thérèse LaGamma, Deputy Director of Programming & Curator, joined The Music Hall from the MFA Boston where she programmed a diverse array of electronic, world, and independent artists. At The Music Hall she has presented Lyle Lovett and His Big Band, Mavis Staples, Flamenco sensation Buika, Andrew Bird, Neko Case, Sharon Jones, and featured emerging talent. She enjoys the challenge of programming in two performance venues since the opening of the loft a year ago and contributing to the many signature series.