Buddy and Jovie are back: The 2018 Leads for Elf The Musical will reprise their roles 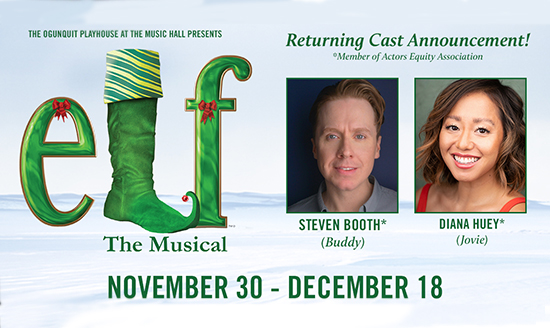 The Music Hall and Ogunquit Playhouse are thrilled to announce Steven Booth and Diana Huey will return to reprise their roles in Elf The Musical, on stage November 30 – December 18 at The Music Hall in Portsmouth, New Hampshire. Based on the beloved film, Elf The Musical is the hilarious tale of Buddy, a young orphan child who mistakenly crawls into Santa’s bag of gifts and is transported back to the North Pole and raised as one of Santa’s elves. Eventually, Buddy’s enormous size and poor toy-making abilities cause him to embark on a journey to New York City to find his birth father, discover his true identity, and help New York remember the true meaning of Christmas.

Diana Huey (Jovie) feels sparklejolly-twinklejingley to return to Ogunquit Playhouse as Jovie this holiday season!  She is a Helen Hayes and Gregory Award-winning New York-based actor best known for her portrayal of Kim in Miss Saigon (Signature Theatre) and Ariel in the National Tour productions of Disney’s The Little Mermaid, where she made international headlines for combatting racism over her casting as an Asian American actor. She has been a featured singer around the world, worked regionally across the country and has been a part of several world and US premiers of new musicals and plays including Pasek and Paul’s James And The Giant Peach (Spider), Anchuli Felicia King’s White Pearl, and Michael Arden’s production of Maybe Happy Ending. On screen she has been featured in Pokémon, Yu-Gi-Oh! Sevens, Netflix’s It’s Bruno, TNT’s Leverage and The Glee Project. Visit www.DianaHuey.com for more info and say hi on all social media platforms @DianaHuey. 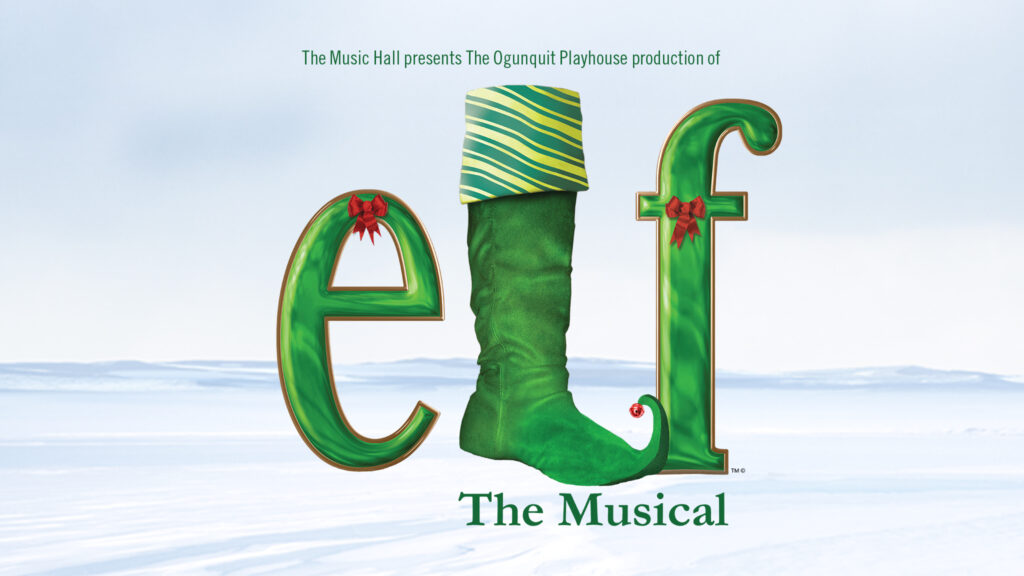 The Ogunquit Playhouse at The Music Hall