Screwball comedies ignited movie screens in the depths of the Depression – and the star who lit the match was Carole Lombard. Beginning with Twentieth Century in 1934, Lombard quickly became the genre’s reigning monarch in classics like My Man Godfrey (1936) and Nothing Sacred (1937).

Before Lombard, filmmakers thought beautiful women couldn’t be funny. In fact, Carole herself might have missed her calling if not for a car crash. “I came out through the windshield and took 25 stitches in my face,” Lombard recalled. (Wait – it gets worse.) Surgeons stitched the bone-deep gash across her cheek without any anesthetics, fearing she’d be disfigured if her facial muscles were relaxed.

Lombard’s studio assumed her career was toast and dropped her contract. So she pivoted to low-budget slapstick shorts, where her scar was barely visible in two-reelers rife with pie fights and pratfalls. For Carole, the gig was a master class in comedy, honing skills that would make her a screwball legend.

With time and plastic surgery, Lombard’s scar faded and her star rose, thanks to a string of hilarious performances. Off-screen, she married – and divorced – Thin Man star William Powell, telling pals, “That SOB is acting even when he takes his pajamas off.”

In 1939, Carole and Clark Gable eloped during production of Gone With the Wind. They called each other “Ma” and “Pa,” raising chickens and riding horses on their 20-acre spread. One of Hollywood’s highest-paid actresses, Lombard listed her occupation as “rancher’s wife” on a census form.

The day after Pearl Harbor, Carole contacted FDR, offering her services to the war effort. On January 15, 1942, Lombard wrapped a bond-selling tour in Indiana, raising $2 million in one evening. Eager to get home – rumor had it Gable was canoodling with co-star Lana Turner – Carole and her mother caught a midnight flight. Hours later, their DC-3 slammed into a mountain outside Las Vegas, killing everyone aboard.

Clark raced to Nevada, identifying Lombard by wisps of blonde hair and diamond-and-ruby earrings found in the burning wreckage. Grief-stricken (and reportedly suicidal), Gable honored his wife’s memory by joining the Army Air Force. He flew five bomber missions over Europe, and when he died in 1960, Clark was laid to rest beside his beloved “Ma.”

P.S. In 1951, one of Lombard’s best friends was hesitant to try her luck on television until Carole came to her in a dream and said, “Take a chance! Give it a whirl!” The next day, Lucille Ball agreed to star in I Love Lucy…and with Lombard’s blessing, America crowned its new screwball queen. 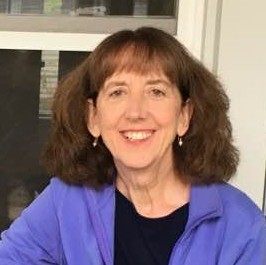