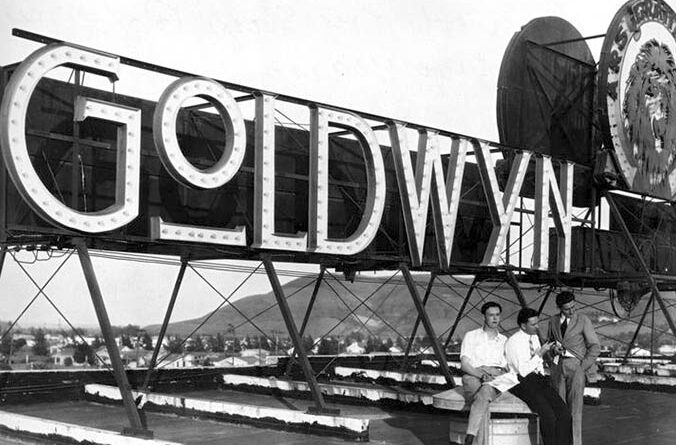 “Include me out.” “A verbal agreement isn’t worth the paper it’s written on.” “You’ve got to take the bitter with the sour.”

His “Goldwynisms” are notorious, but his films are legendary. The driving force behind three studios, Samuel L. Goldwyn’s story is Hollywood’s story, and his rise from penniless to powerful would have made a swell picture of its own. Unlike other movie moguls, Sam skippered his own production company, often mortgaging his house to finance projects (Fun fact: Taylor Swift owns Sam’s longtime bank estate in Beverly Hills).

Schumuel Gelbfisz was born in Warsaw in July 1879. His father died when Schumuel was 16, so he walked (not a typo!) from Poland to England, where he worked as a blacksmith and Anglicized his name to Sam Goldfish. At 19, he sailed across the Atlantic, disembarking in Canada (fearing he would be turned away at Ellis Island), and proceeded to walk 500 miles (!) to New York. There, Sam took a job in a glove factory, swiftly ascending from salesman to VP of sales.

One summer night in 1913, Sam broke up his 50-block walk home (again with the walking!) by popping into a nickelodeon to catch his first film. Instantly smitten, Sam persuaded his brother-in-law, Jesse L. Lasky, to go into the movie business with him. The duo signed stage director Cecil B. DeMille to shoot their debut production, The Squaw Man (1914). Eventually, Sam and Jesse joined Adolph Zukor to form a company that later became Paramount Pictures.

After splitting from his partners in 1917, Sam forged an alliance with the Selwyn brothers to create Goldwyn Pictures – and liked “Goldwyn” so much, he legally switched his name. A few years later, Sam’s shares were acquired by Metro Pictures and through a series of mergers, Metro-Goldwyn-Mayer was born. Ironically, Sam was ousted before the ink dried on the deal for a studio that would forever bear his name, but never his input.

In 1923, Sam reinvented himself yet again as an independent producer, remaining in that role for the next several decades. Samuel Goldwyn Productions was synonymous with quality and its owner’s micro-management of acclaimed releases and top talent, like:

Goldwynisms: Anybody who goes to a psychiatrist should have his head examined; Don’t talk to me when I’m interrupting; I may not be always right, but I’m never wrong; When I want your opinion, I’ll give it to you; You’ve bitten the hand of the goose that laid the golden egg.