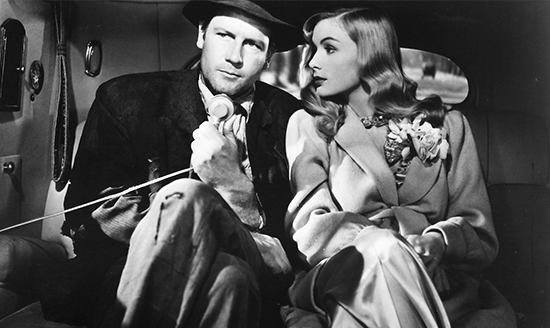 Preston Sturges had one of the greatest winning streaks in screen history. Over a five-year period in the 1940s, he wrote and directed seven hit comedies. What’s more, he won an Oscar for scripting the pic that kicked off that incredible run (The Great McGinty), and scored two of the five Original Screenplay nominations in 1944. Yet like a comet, he burned hot, fast and bright before burning out and dying at age 60 in 1959.

Sturges’ talent for generating box-office bucks attracted the biggest names in the biz, like Barbara Stanwyck, Joel McCrea, Veronica Lake, Henry Fonda and Claudette Colbert. His desire to direct, borne out of frustration with wanting more creative control over his work, also blew open the door for writer-directors who followed Sturges, including John Huston and Billy Wilder.

I think Sullivan’s Travels is the pick of the Sturges Seven litter. Released in 1941, it blends slapstick comedy, drama and a cynical attitude toward Hollywood that was way ahead of its time. The story tracks famous director John L. Sullivan (McCrea) who hits the road as an undercover hobo to research the serious film he yearns to helm, O Brother, Where Art Thou? (Sound familiar? That’s because the Coen Brothers are Sturges fans who swiped the title for their George Clooney movie.)

Sullivan is tired of making dopey blockbusters like Hey, Hey in the Hayloft and Ants in Your Plants of 1939. He tells his boss, “I want this picture to be a commentary on modern conditions. Stark realism. The problems that confront the average man!” The worried studio chief interrupts Sullivan’s pitch to add: “But with a little sex in it!” (Some say Sullivan’s plight was autobiographical, that Sturges was weary of cranking out comedies and lobbying Paramount hard to let him direct a drama. He got his wish with The Great Moment, a flop which started the downhill slide that ended his career.)

So watch Sullivan’s Travels, but don’t stop there. Stream the other six: The Great McGinty (a satire about corrupt politicians), Christmas in July (Dick Powell mistakenly thinks he won a $25,000 contest), The Lady Eve (con artist Stanwyck seduces rich-but-clueless Fonda), The Palm Beach Story (McCrea and Colbert dupe a group of millionaires), The Miracle of Morgan’s Creek (small-town girl gets pregnant with sextuplets after a one-night stand) and Hail the Conquering Hero (a schnook pretends to be a decorated Marine).

Now that you have your marching orders, I’ll leave you with five of my favorite Sturges one-liners: “Nothing is permanent in this world except Roosevelt,” “One of the tragedies of this life is that the men who are most in need of beating up are always enormous,” “To be a kleptomaniac, you can’t sell any of the stuff afterwards or you lose your amateur standing,” “They say a moonlit deck is a woman’s business office,” and “Men don’t get smarter as they get older. They just lose their hair.”