Merle Haggard: A Life to Write About 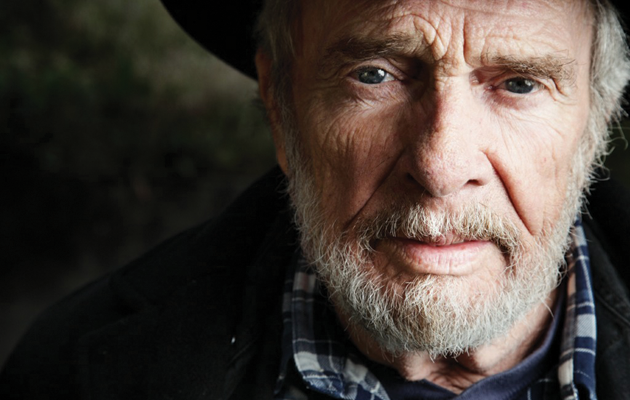 Q: Why did you become a songwriter and musician?
A: Hunger was my inspiration—a hunger to be in a position where I wouldn’t be going to the cotton patch every day to pick cotton for a living.

Q: You turned your life around after serving time in prison. Why, in 1969, did you decide to reveal your past on the Johnny Cash variety show?
A: I was already 10 years into my career, but no one knew I had been in prison. Johnny Cash [who had played San Quentin in 1958, when Haggard was a 20-yearold inmate] talked me into admitting this on television. He said that if I told my own story, I would never be hurt in the tabloids. I didn’t want to, but I so revered Johnny Cash that I listened to him. He told me, “it’s just owning up to it.”

Q: That same year saw the release of your legendary hit, “Okie from Muskogee.” What is the message of this song, and is it still relevant today?
A: The main message is about pride. My father was an “Okie from Muskogee” when Okie was considered a four-letter word. The day after I wrote the song, we sang it on stage on a trial basis in the Fort Bragg, North Carolina officers club. Afterwards, audience members came up on the stage, took the mike from me, and said ‘there will never be another song here until you sing this song again.’ I had never had this strong of a reaction before. I think it became an anthem for people who were not being noticed or recognized in any way—the silent majority. It brought them pride. And today the song still speaks to conditions going on in this world.

Q: You have written scores of hit songs. What continues to inspire you?
A: I write from life—what I see occurring around me. I have a well rounded viewpoint because I travel the country by bus. I meet people from all over the United States and talk to them about their lives. I see the conditions in our cities, and I see if the politicians are keeping their promises—usually they’re not. So I draw from all of my travels, and from my experience; that’s where the songs come from.

Q: You’ve won many awards including three Grammys, and in 2010 you were honored by The Kennedy Center. What stands out as your most memorable career highlight?
A: Hobnobbing with presidents is always impressive! But my night in Nashville in 1970 was unbeatable. [He won Country Music Association Album of the Year, Entertainer of the Year, Male Vocalist of the Year, and Single of the Year.]

Q: You’ve seen highs and lows in the popularity of country music. Where does it stand today?
A: Country music has expanded since the 1970s and 1980s, to rival rock and roll. It is getting its point across and doing pretty good.

Q: We are excited about your Music Hall debut, with your longstanding band The Strangers. What can fans look forward to?
A: We do an ad lib show, with humor. My son Benny will be on lead guitar and the band has been playing together for 40-plus years. We have a repertoire of more than 100 songs that were in the top 100 charts over the years to draw from. My songs carry different messages: political, inspirational, nearly gospel. We cover a wide array of music and expect a diverse crowd!