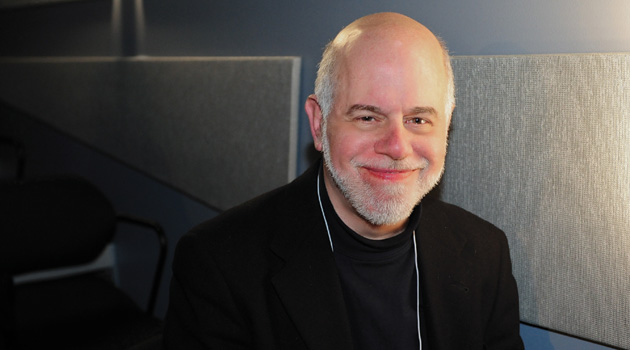 What do you like best about hosting the Opera Circle?

What I like best about the Opera Circle is helping people overcome their fears and misconceptions about opera so they can enjoy it for what it is – thrilling entertainment. The vast majority of operas were written for popular consumption, and, just like in the movies, the writers and composers stopped at nothing to keep the audience on the edge of its collective seat through drama, action, suspense and twists of plot. Add to that the music – the greatest ever written – which intensifies each emotion until its like having, what I call, “audial sex”.

Another thing I love is the diversity of the people that come to the OC. We get everyone from some of the Seacoast’s best singers, instrumentalists and music history buffs who are glad to share their knowledge, to total neophytes who have never experienced an opera before and are looking for an introduction.  Somehow it all works. We show scenes from the opera and analyze their themes and dramatic content. We discuss what was going on in the society at the time opera was written and how it impacted the composer. We talk about how the opera was received – La Traviata was considered scandalous in its day! – and what about the opera has enabled it endure.

So far, my favorite OC was the one on Gotterdammerung. Richard Wagner was a complex, and, according to many, vile character, so I put forward the question “Why does good music happen to bad people?” The discussion was lively and fascinating, and I think it gave everyone present insight into this magnificent yet troubling composer and his work. I also like to draw connections between the way we live now and the music and themes of the opera we are delving into.  For example, when we discuss La Traviata on April 14th, I am going to play an aria from the opera on the piano then show how a song from The Beatles‘ Rubber Soul uses harmony in much the same way to tell its story.

Opera is regaining popularity. Why do you think this is?

Opera, above all else, is about great storytelling. In a culture that loves narrative – from news stories to fantasy fiction and everything in between – opera has a big advantage over its next of kin, orchestral music. So, while symphony orchestras continue to struggle, opera companies are holding steady, and even experiencing something of a boom.

Technology is also helping. The Met @ The Music Hall broadcasts are an excellent example of how opera companies are leveraging their resources and talent to bring the highest quality opera to an audience several times larger than any in history. And the broadcasts use every directorial trick in the book to focus the story and heighten the drama. It’s almost like watching a movie performed live and featuring the greatest voices on the planet.

Do you see opera gaining a new fan base? Is it resonating with young people?

While I don’t see Carmen winning a popularity contest over Katy Perry anytime soon, there is evidence of an increased interest by young people in opera. And speaking of Ms. Perry, I believe that at least some of this new-found popularity is due to MTV. The generations that have grown up with music videos expect their music to come with an exciting visual component, so the newfound appeal of opera isn’t all that surprising.

What opera trends do you see on the horizon?

When a character from Noël Coward’s Design for Living complains that opera isn’t what it used to be, another responds, “Opera is exactly what it used to be. That’s what is wrong with opera!”  Most of the operas that hold the stage now are over a century old, which means that opera companies must continually look for ways to bring new life to them. Often it is through spectacular staging as in last year’s Gottedammerung. (You can view some of the highlights below).

As a rule, all but the most sophisticated opera audiences don’t respond all that well to music in a modern classical idiom. So how does one get new operas into the repertoire? One approach is to create new operas out of old music. I’m sure that the success that last year’s delightful The Enchanted Island had stitching together music by beloved Baroque composers did not go unnoticed. Look for more of these “Franken-operas” in seasons to come.

A far more disturbing trend, though one that fits right in with an increasingly appearance-obsessed culture, is opera companies casting their leads based on looks as much as talent.  One singer who proved you could have both was Jay Hunter Morris who stepped into the role of last year’s Siegfried at the last minute and brought the house down.  Let’s hope that there are more like him waiting in the wings.  But lets also hope that opera companies return to the practice of choosing great voices over great looks.

What are you most looking forward to in the 2012-2013 season of the Met @ The Musical Hall broadcasts?

The upcoming season is really going to be an embarrassment of vocal riches, but there are some performances that definitely should not be missed. Anyone who saw Anna Netrebko last year in Donizetti’s Anna Bolena knows what an irresistible force she is both as a singer and an actress, and she returns next season in Donizetti’s L’Elisir d’Amore, perhaps his greatest opera. How can you lose? Then there is the Met debut of the Ukrainian sensation Liudmyla Monastyrska who will play the title role in Verdi’s Aida. Ms. Monastyrska, who has power and technique to burn, should be spectacular in this grandest of grand operas.

As far as the actual productions, I am very much looking forward to Francesca da Rimini, by Riccardo Zandonai, which hasn’t been mounted by the Met stage for a quarter century.  I have never seen the opera performed, but judging from what I’ve found on YouTube it sounds like Puccini mixed with a heavy dose of Richard Strauss, an intriguing combination if there ever was one.