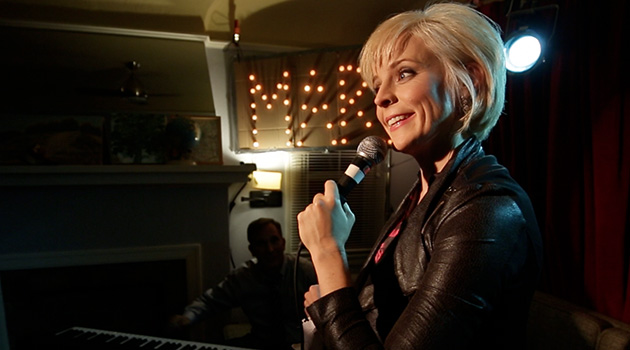 Thérèse LaGamma: When did you first want to become a comedian? Did you watch comedy as a kid?

Maria Bamford: Growing up, I loved watching Steve Martin, Eddie Murphy, Saturday Night Live, and Prairie Home Companion with my dad. But not until I was 21 and read The Artist’s Way (by Julia Cameron) did I know that I wanted to be a comedian.

TLG: Who have been some of your biggest influences and mentors?  Back when you were first getting started and today?

MB: As a kid, I was influenced by creative theater and creative writing programs at school, and started to perform in 4th grade. My high school drama director was very influential. In college, I participated in any student run production that I could be part of. When I later moved to Minneapolis, cultural icon Leslie Ball—who ran the experimental cabaret show BALLS—was extremely supportive. Now, youth is a mentor for me. I find that many new comedians have great ideas and I love their excitement.

TLG: You do great impressions of family members. Who are some of your other favorite people to impersonate?

MB: Mostly, I just do types, rather than specific people. There are others who do wonderful impersonations, which is an art form. But I like to find a part of myself and make fun it. The confident, oblivious white person. The person who uses her high school Spanish to get an inexpensive rent.

TLG: How did the Netflix series Lady Dynamite come about?

MB: Mitch Hurwitz pitched the show, and had the relationship with Pam Brady who was interested in producing it. I found out that it was funded kind of by accident, at a party where the president of Netflix said he was so excited to be doing the show. I have never known whether I’ve gotten a job or haven’t gotten a job. Show business is like having a friend with a terrible drinking problem. It’s so wonderful when you see her but you might not see her ever again. Creating and producing the show was a two year process, and I was grateful to step aside and let Mitch and Pam do their art form.

TLG:  I understand you worked with a writing team on Lady Dynamite. What was that like, versus writing all your own standup?

MB: For the show, I would come in and laugh heartily. I would make suggestions and the writers were very kind to acquiesce. I didn’t want to be a staff writer. The writers spend 12 hours a day in a room together, and that didn’t sound appealing to me at the time. I didn’t know how to do it. Maybe in the future if there is a Season 3.

TLG: Did you know Sarah Silverman, Patton Oswalt, and Tig Notaro before they made cameo appearances on your show?

MB: Yes, we’ve been on the same stages. I’m excited that they took the time to do my TV show. They all have brands in their own right and I was really grateful. I learned a lot from them.

TLG:  Season 2 will be aired in November. Any surprises you can share?

MB: Season 2 has a lot of the same characters and superstars. My favorites are a ton of animals–a llama, baby goat, raccoons, and of course the pugs. And my parents! My husband is also in Season 2, playing an actor who is playing my husband. It’s really silly. The episodes are kind of bizarre, but they kind of make sense.

TLG: How does performing for television compare with performing standup in front of a live audience?

MB: A TV show is so different from doing standup. It is not as lonely because you are working with others. But television is 16 hours a day, and a real job. It’s not glamorous at all.  And I did not realize how hard the people around you work—the camera and production crews work 20 hours a day, every day. Standup is much less pressure.

TLG: I read you still get anxious before performing. What do you do to help reduce the anxiety?

MB: I like to exercise, meditate, and get community support. I’ll call artist friends before and after a show to kind of bookend it by feeling less alone. I rehearse a lot, and go for walks. I get impetus to rehearse from talking to performer friends. Now that I’ve made it, it seems easy to rest on my laurels, but that makes for a not very interesting life. I would rather be working on my stuff because that is what makes life satisfying.

TLG: You are known for tackling dark topics, including your own struggles with bipolar disorder, that give voice to something many people struggle with in the privacy of their own lives. How have people reacted to this aspect of your comedy?

MB: All is positive. It has been great to feel useful. There are always a few wingnuts, but most people are extremely supportive and positive. Many have shared their mental health issues with me, and it’s helpful to realize that many people have similar issues. And I learned about so many resources I didn’t know were available. I was interviewed by Bipolar (BP) magazine and now subscribe to it. I like reading the profiles of how regular people deal with mental health issues.

TLG: What does joking about mental illness give audiences that they haven’t seen before on television?

MB: At the least, comedy is a way to talk about a topic that people don’t want to talk about. And although mental illness is super sad, there are things about it that are also super funny.  It feels awesome if I can make someone laugh about the broken chairs and endless wrestling TV shows in mental health facilities. And if people don’t like it, they don’t have to watch.

TLG: Do you remember your first manic episode? How did you handle it?

MB: When I was a kid, I had such bad obsessive compulsive disorder and social anxiety that I really didn’t want to spend time with people. My worst episode of hypomania was getting obsessed with the ethical considerations of being a spokesperson for the Christmas campaign of a big retail chain. I consulted with a priest and tried to call the pope. The depression that came with this was unbearable—kind of a razor’s edge feeling with no relief. It weirded out my friends, and they told me so. The good thing about telling friends about your mental health issues is that when you start getting sick, they will take notice.
Now I’m 46 years old and having a wonderful life. My husband is 53, and we just moved to a new home. It’s the best time of our lives.

TLG: Tell us about Prairie Home Companion—you were on the show years ago with Garrison Keillor, and recently with Chris Thile.

MB: As a kid listening with my dad, we never missed Garrison Keillor’s monologue. It was exciting to be on Prairie Home Companion with Garrison 15 years ago, and it’s so great that he gave the show to a younger generation.

TLG:  We can’t wait to welcome you to Portsmouth, New Hampshire. Any messages for your fans?

MB: I hope my fans are working on their creative projects. Take your meds but don’t bring loose medications in your purse – people were turned away in Manhattan!
Because of what is going on in the world, sadly, it can be a relief to get together and have a laugh. I was not political in the past, but now I can’t avoid it. It’s good that comedy can help us get through the dark times. 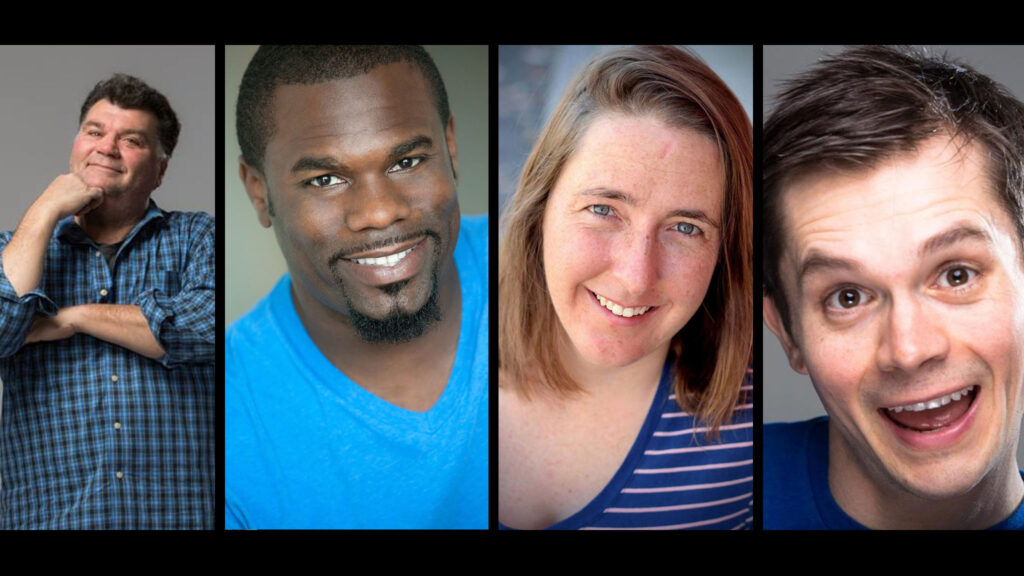