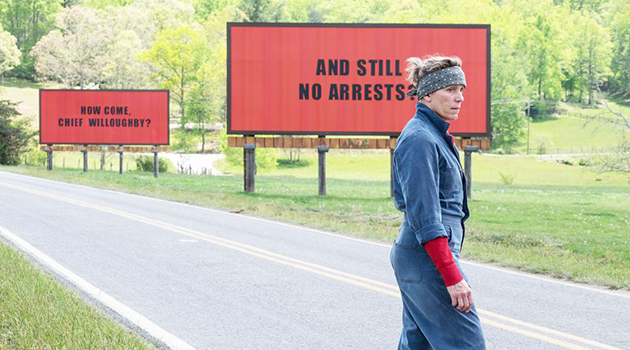 As the awards begin to be handed out, and the Oscar Buzz mounts, our February movie lineup is full of the season’s most talked about films. This month, all eyes are on Best Dramatic Picture winner at the Golden Globes, Three Billboards Outside Ebbing, Missouri, starring Frances McDormand (2018 Golden Globe for Best Actress in a Drama), Woody Harrelson, and Sam Rockwell (2018 Golden Globe for Best Supporting Actor in a Drama). Mark your calendars to see The Disaster Artist and Call Me By Your Name, two of this season’s dark horse contenders.

While I love the big studio films and feature pictures, one of my favorite things to bring to The Music Hall are the Oscar-nominated shorts. At the Loft, we show the best of the best live action, animated and documentary shorts. These are movies that are a little harder to find than some of this year’s other nominees but are some of the best examples of short-form filmmaking, and we have them all for you to see before the awards are handed out.

Get your Oscar ballots out, mark your calendars, and we’ll see you at the movies!

Click here to see our upcoming February and March films!