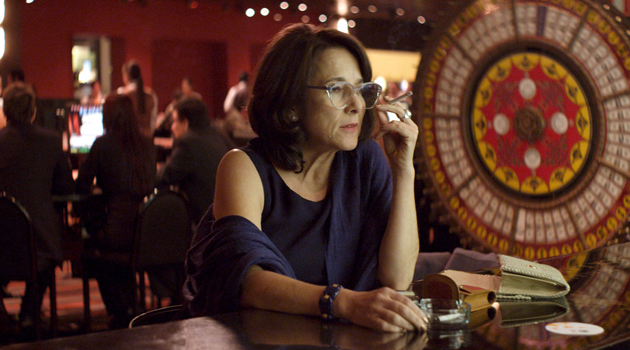 In 2012, I saw the movie No, starring Gabriel Garcia Bernal as a Chilean advertising pro who is hired to run the advertising program for the 1988 referendum to recall dictator Augusto Pinochet. The movie is a small masterpiece, refreshingly hip and without the heaviness and sense of oppression that usually make “speaking truth to power” movies so difficult to watch.

But now, if the critics and several cine-literate friends are to be believed, I may have a new candidate for Favorite Chilean Movie.

The movie is Gloria, a movie about a woman in her late 50s who refuses to abandon her hopes for companionship and romance in her life. As played by actress Paulina García, Gloria is optimistic, a little bruised by life, but never discouraged. And according to the critics (whom I generally listen to only as a herd) and my friends (whom I listen to based on what they’ve recommended before), the movie will send you out of the theater wanting to dance and start dating again (where appropriate).

I’m advised that Gloria is a little less inhibited than most mainstream U.S. movies in its depiction of its heroine’s sexual encounters. I’m not worried, though, a Music Hall audience has probably seen it all anyway.

I hope to see you there, which will be Tuesday night at 7:00 in the Historic Theater.

And don’t forget to get your date lined up for The Lunchbox, which will be our discussion on April 29. Great date flick.

Gloria screens in the Music Hall’s Historic Theater Tuesday, April 15 at 7:00pm. Tickets are available in advance right here. Check out the trailer and more info about the film on our calendar.