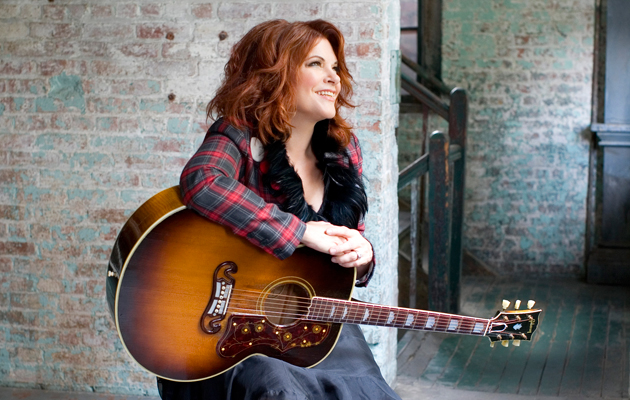 Individual tickets are on sale now to members
They go on sale to non-members Wednesday Mar 7 at noon. You can buy tickets online, over the phone and in person at 28 Chestnut St.
Pass sales have closed.

ABOUT THE SINGER SONGWRITERS

Merle Haggard and The Strangers

A Portsmouth favorite now living and working in Austin, Texas, Elsa Cross says it was 1950’s Rock ‘n’ Roll that led her to its roots in old country, where she found the songs of Patsy Cline, Carl Perkins, Johnny Cash, and the young Elvis Presley.

“…Reminiscent of the great Hank Williams but with the gusto of a tattooed rockabilly beat.”–  Portsmouth Herald

Three-time Grammy Winner, Country Hall of Famer, and 2010 Kennedy Center honoree Merle Haggard casts a far-reaching shadow. This legendary country balladeer has mastered the idiom at every level and written hundreds of songs, many of which have made their way to the top of the music charts.

“He is the greatest country artist of our times.”– Rolling Stone

A raucous crew of folk rockers from the Catskill Mountains, The Felice Brothers musical journey has taken them from New York subway platforms to the main stages of SXSW, The Newport Folk Festival, and the Bonnaroo festival.

““Putting the outlaw spirit back into country music.”– Guardian UK

The Farthest Forests, a Seacoast duo featuring Anne Marple on vocals and Peter Squires on music, use imaginative lyrics and creative instrumentation to forge a unique folk sound that ranges from sparse and haunting to outright jubilant.

“This is one sweet duo!’”– United News Services

A member of music family royalty, Lucy Wainwright Roche is a masterful performer with a voice that has been described as hauntingly angelic. Her tales of life as seen from the road create a unique tapestry that weaves the ordinary into the magical.

“There’s no questioning her alluring potential as a songwriter.”– bbc.co.uk

Round Robin in the Music Hall Loft

A celebration of the vibrant Seacoast singer-songwriter scene, with each rising-star act playing for 15 minutes. Local music critic Christopher Hislop from Seacoast Media Group is the master of ceremonies.

Grammy Award-winner Rosanne Cash (the eldest daughter of the late Johnny Cash and his first wife) has had 11 #1 country hit singles, 21 Top-40 country hit singles, and two gold records. Her work as a singer-songwriter draws on many genres, including folk, rock, pop, and blues.

“Sublime singer, a terrific songwriter in her own right”– The Chicago Tribune

A Note From Us

Hey folks, this week, all tickets will go on sale for The Portsmouth Singer-Songwriter Festival. For those of you who already bought your weekend passes we can only gush and offer gracious thanks. You allow and inspire us to try new things and set us up for success. We’re extremely proud and excited about our line-up we encourage everyone to come out and sample what the weekend has to offer. Try some new things, check out some of these up-and-comers and enjoy a great weekend of music here in the Seacoast. Your support is critical to the festival’s success and we thank you.

A Word About Sampling

We’re getting asked about SSF and how best do the Festival experience – we have two venues practically across the street from each other. So, let’s say you buy a pass for the weekend, and on day two you’re sitting in the Historic Theater for the evening show but you’ve heard that Elsa Cross who opened for Merle Haggard the night before has her own show with Lucy Wainwright Roche so you think, I’ve got to head to the Loft – and you can! You have that pass. Or you bought a ticket for the Round Robin on the closing day and you think hmmm this is six hours long – but you can come and go – right? So, get lunch and see some singers – but no need to stay the entire time! Part of the festival experience is trying things you haven’t tried before – with two venues across the street, it couldn’t be easier.

April 20 to 22 will be one unforgettable weekend—dedicated to celebrating the country roots, rockabilly, pathos, grit and guts of Americana Music, with full bands, solo, acoustic, and electric, all in collaboration and conversation. The artists are hard core cool, the epitome of the 21st century renewal of traditions with unique twists, from Merle Haggard and Rosanne Cash, to such fast-rising stars as the Felice Brothers, and our own Portsmouth-to-Austin transplant, Elsa Cross. So how to make the most out of the weekend?

Welcome your guests on Friday afternoon with a coffee at Popovers and a stroll around Market Square while you pick up your tickets at The Music Hall box office and get ready for Merle Haggard and The Strangers to blow your mind.

Sleep in on Saturday morning because it’s going to be a wild Saturday night. Tie on the feedbag at 106 Kitchen & Bar with their kickin’ Fried Chicken or at Mojo’s BBQ with a slab of baby back ribs and corn bread, or stick to your New England roots and head to The Oar House for a cup of their award-winning clam and corn chowder. Then get ready to see the wild fiddles, hear the haunting lyrics, and enjoy the jam rockabilly and Appalachian sounds at the Historic Theater and the Loft. Remember: sampling is encouraged.

On Sunday morning, it’s all about brunch—Crab Benedict at Rudi’s or Short Rib Hash and Eggs at the River House. Then head over to the Loft for the Round Robin with Seacoast singer songwriters. Portsmouth’s best bartender Scot Johnson will be serving his famous Bloody Marys all day long at the Loft bar. That night, finish off with Rosanne Cash at the Historic Theater.