Sneak Preview of The Met @ The Music Hall 14-15 Season 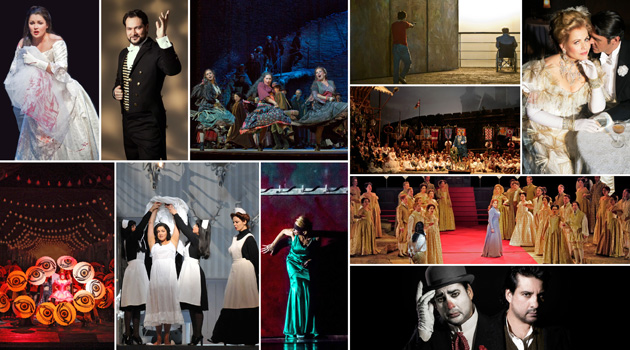 Fans and curiosity-seekers alike won’t want to miss hearing Dennis preview the upcoming season of the Music Hall’s wildly popular Met @ The Music Hall HD broadcasts on May 8. Known for his lively, engaging, no-PhD-required Opera Connection discussions held before select Met broadcasts, Dennis draws connections between the way we live now and the music and themes of the operas he delves into. “We show scenes from the operas and analyze themes and dramatic content,” he explains. “We discuss what was going on in the society at the time each opera was written and how it impacted the composer. We talk about how each opera was received—La Traviata was considered scandalous in its day!—and what about these particular works has enabled them to endure.”

In his May 8 talk, Dennis will reveal details of the juicy and diverse 2014-2015 season, broadcast live in spectacular HD in the Historic Theater on Chestnut Street.

“It’s an intriguing mix of the familiar and the far out,” he says. “From the former category there’s Mozart’s The Marriage of Figaro, Leoncavallo’s Pagliacci and Bizet’s Carmen, which is probably my all-time favorite opera. On the more adventurous side, there’s Adams’ The Death of Klinghoffer, which many of us will be viewing for the first time, and Bartok’s Bluebeard’s Castle. And there is just about every shade in between, from Verdi’s bloody, thunderous Macbeth, to Rossini’s The Lady of the Lake (La Donna Del Lago), one of the most demanding of all bel canto operas. It’s truly a season with something for everyone, and it should provide plenty to talk about at next year’s Opera Connections.”

The Met Season Preview on Thu., May 8 at 7pm is free for Music Hall members, though tickets ARE required. Complimentary hors d’oeuvres will be available. Please contact The Box Office (603-436-2400) for tickets and information.

Not a member yet, but still want to get tickets?