The door that led to a novel 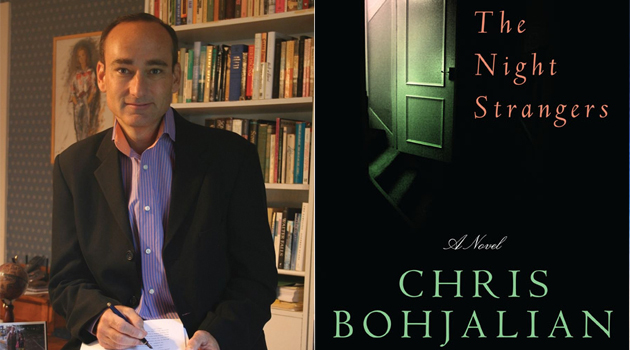 Along one of the basement walls, below ground, is a door about 5 1/2 feet tall and 3 feet wide. It’s made of wooden planks and when my wife and I moved into the house it was nailed shut. Yup, nailed. There was a moldering pile of coal beside it, so I told myself it was just an old coal chute—though the site of the exterior entrance was a mystery.

Now, I should tell you that the closest I have come to accidentally killing myself in my 24 years as a homeowner in northern New England occurred in that basement. Sure, I’ve nearly slid off the roof shoveling snow off the top of the screened porch. I’ve been conked in the head by the blunt side of an ax while hammering away at an ice jam. But the least competent (translation: seriously stupid) thing I have ever done as a homeowner occurred in that basement.

Our first winter here our pipes froze. Still under the delusion that I had the slightest idea what I was doing when it came to this old house, I borrowed a friend’s propane torch. His advice? Run it along the pipes and it will thaw the ice. My wife and I descended into the crawlspace and began carefully running the flame over the tubing. We’d been at it two or three minutes when my wife remarked casually, “I wonder if this is a gas pipe or a water pipe?” Yes, it was a gas pipe. My bad. I still get a little queasy when I think about how close I came to blowing up the village.

Nevertheless, the strangest part of that basement was the door built into an underground wall. I would live in the house ten years before I would have the courage to pry it open, only to discover that behind it was an area the height and width of the door and about a foot and a half deep. The back wall was made of wood, and behind that there seemed to be nothing but solid earth. It looked nothing like the basement side of a coal chute. It did, however, seem like a perfect spot if you wanted to wall someone up alive, so I quickly nailed the door shut and vowed never to go near it again.

I am telling you all this because while the actual door led to nowhere, it helped to inspire a novel: This October’s “The Night Strangers.” The tale is a ghost story that hinges upon a basement door. And a nightmarish plane crash in Lake Champlain. And the specters that haunt a White Mountain Victorian—an almost archetypal house with a history.

Fingers crossed I have used this basement material well, and I am less inept as a novelist than I am as homeowner. See you in Portsmouth at The Loft on October 6.