Film discussion: A Hologram for the King 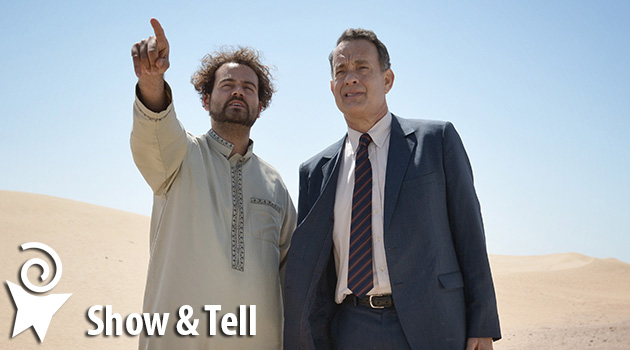 But one thing remains constant: No matter the season, The Music Hall continues to offer us opportunities to see quality movies that got away from us (or never made it to the MallPlexx 6000 at all). And a great movie is still one of my favorite ways to close a perfect New England summer day.

Tonight’s movie in The Historic Theater is A Hologram for the King, and on one level it’s just a movie about a western salesman trying to sell a new teleconferencing technology to a Middle Eastern monarch. And if that were all you knew about the movie, you could probably figure out the story arc all by yourself. Salesman goes to Saudi Arabia, screws up, fails to get the sale, meets a local and learns something about the place, has a Great Revelation leading to a New Commitment and finally gets the Triumphant Sale. You’ve seen it before. (That plotline also works for sports movies. Just saying.)

But Hologram has two things that most salesman movies don’t have, which are 1) Tom Hanks playing the salesman and 2) Tom Tykwer in the director’s seat.

Hanks has made a career out of playing ordinary guys faced by extraordinary challenges. He’s probably the closest thing we have now to a James Stewart/Spencer Tracy kind of actor, low-key, powerful and likeable on a really deep level.

Tykwer, the man who came to my attention as the genius behind Run Lola Run, has recently done film adaptations of literary properties, including Cloud Atlas. But while he’s something of an industry pro now, known for bringing movies in on time and on budget, he also retains his ability to surprise us, as he does with the opening sequence in Hologram.

The movie has more on its mind than just closing the sale. It’s also about what it’s like to be middle aged (Hanks just turned 60) and suddenly trying to sell a completely new product in a totally different place. It’s as much about Hanks’ character getting his mojo back as the competitive drive of salesmanship.

As always, I can offer the allure of Music Hall coffee and popcorn. And I look forward to hearing what you have to say. I’ll even say a thing or two.