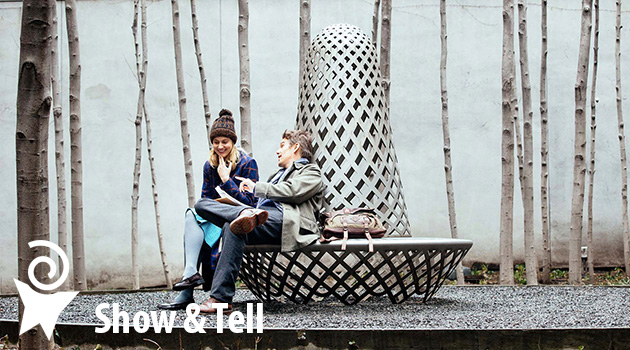 Tonight, we will be discussing a romantic comedy/drama called Maggie’s Plan, a movie that both follows the rules of the genre and throws them out the window.

The Maggie of the title is a youngish woman (played by Greta Gerwig) who has decided that she wants to have a baby, but can’t seem to stay in any kind of a relationship. While she is fine with the newly traditional solution to this problem (obliging male and a turkey baster), she unexpectedly winds up falling in love with a married man. Then the fun begins.

Maggies’ Plan is a film by Rebecca Miller, a filmmaker who may not be familiar to you, although her father (playwright Arthur Miller) probably is. Miller is an astonishingly accomplished person, with several highly regarded books and movies to her credit. She’s especially interested in characters well-educated, but not necessarily well-adjusted. And while her films have pleased film critics, she hasn’t quite broken through to main-stream success.

Miller’s characters are often still hanging around college, some as professors, some not. And their intelligence doesn’t keep them from making every emotional mistake in the books.

Personally, I’m looking forward to seeing Gerwig again, plus the middle-aged-but-still-boyish Ethan Hawke and the underappreciated comedy chops of Julianne Moore. There are also a few more favorites (like Wally Shawn) in smaller roles. Just hearing Moore deliver a line like: “No one unpacks commodity fetishism like you do” as romantic small talk should be worth the price of entry.

The critics have loved Maggie’s Plan, and I expect you will too, although I’ll wait for the discussion to get your verdict. I’m always ready to hear what you have to say. I hope to see you there, which is in The Historic Theater at 7:00.

Next week, btw, we will be watching and discussing the latest from Whit Stillman, a man who’s famous for his debut movie Metropolitan, as well as the long stretches between movies.