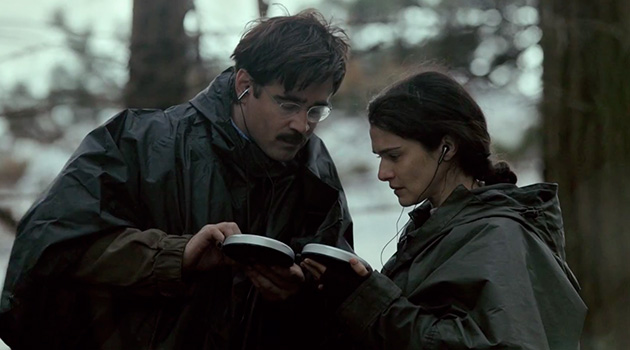 And if what I read about The Lobster is true, this sci-fi/comedy/romance/drama from Giorgios Lanthimos may just do the tapping.

The premise of The Lobster is that single people are not tolerated in The City. Once they’re arrested and transferred to The Hotel, they have 45 days to pair up with someone or they will be turned into an animal (of their choice) and be set loose in The Woods with the rest of The Loners.

Okay, two things. First, as a life-long science fiction fan, I know that a premise is just a premise. It’s the price of admission. What’s important isn’t the oddness of the premise, it’s what the storyteller does with it. So the relatively unusual setup for the story doesn’t really faze me.

Second, any movie that goes in for Capitalized Categories is already edging one foot into Allegory Territory, and I’m always fascinated to see a brave filmmaker cross that border.

Critics, who have been pretty much universal in their acclaim for the movie, all talk about the mind-altering hilarity and strangeness of The Lobster’s first hour. After that, they say, it settles down into slightly more predictable romantic lines. But that first hour stays with them.

I’m back in the saddle after five weeks of preparation, vacation and recovery, and I’m looking forward to discussing The Lobster this Tuesday (7:00 in The Big Room (there’s that capitalization thing again!)) and A Hologram for the King (a welcome dose of Tom Hanks) next week (7:00 in The Historic Theater). (I wish I could have worked a few more parentheses into this paragraph.)

I hope to see you at one or both of these interesting films.