Hello! I’m thrilled to join the curatorial team as Programming Manager. After working in Front of House for four years, I’ll now put my musical background to use, bringing diversity in all senses of the word to the stage, while maintaining a locked-in focus on top-quality music.

I had the opportunity to curate this year’s Live Under the Arch (LUTA) series, selecting the artists for our upgraded Chestnut St. stage. The programming in the month of May was purposefully local and stripped down to allow our Operations team time to experiment a bit with the look and vibe of this year’s set design. June saw an expansion into national acts gracing our open-air stage. Artists like Midnight North came in from San Francisco, while Heather Mae and Crys Matthews traveled up from Washington DC for an incredible show. 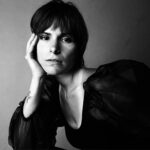 Lydia Luce will be in town on Tuesday, July 6. The Nashville-based singer-songwriter released her sophomore album Dark River in February and has drawn significant praise from critics and fans alike. A highly sought-after session strings performer, Luce branched out with two fantastic solo albums as a multi-instrumentalist with exceptional songwriting chops. Do not miss this show—Luce won’t be playing stages this size for long!

On August 17, jazz heavyweight Miguel Zenón will bring his quartet composed of some of jazz’s contemporary greats, with Zenón at the helm playing alto saxophone. He is an eight-time Grammy nominee, as well as Guggenheim and MacArthur Foundation fellowship recipient— we will be in the presence of true musical genius.

These are just some of the 30+ musical acts coming this summer to Chestnut St. Check out the Spotify playlist I’ve compiled at bit.ly/lutaplaylist to hear for yourself the diverse palette of music included in this year’s Live Under the Arch series.